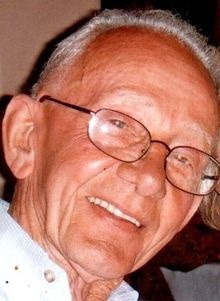 Hugo Sorensen
Hugo G.F. Sorensen died on Tuesday, Aug. 8, 2017 at Good Samaritan Hospital In San Jose. He was 89.
Mr. Sorensen was born in Esbjerg, Denmark on April 6, 1928. He immigrated to Canada in 1957. It was there that he tried various occupations such as gold mining, as well as owning a gas station and doing truck repairs. Eventually he ended up working for Pilkington Glass where he learned his craft. In the early 1960s he relocated to San Jose. Then in 1966 he moved to Watsonville, where he met his wife Alise and daughter Heidi.
They had their son Henning in 1967. Mr. Sorensen and Alise bought Delta Glass in 1971 where they worked together for 20 years. He and Alise enjoyed traveling in their motorhome with their Danish friends, snow skiing and summer vacations with their family in Tahoe.
After several years of being a widower he and a longtime friend, Rita Holm, developed their special relationship.
He is survived by his loyal friend, Rita Holm; his children, Henning Sorensen and Heidi Steinbroner; and five grandchildren. He was preceded in death by his wife, Alise Sorensen; and siblings, Irene (Sorensen) Behrens, Harley Sorensen, and Henning Peterson.
There will be a Memorial Service at 11 a.m. on Saturday Aug. 19 at Ave Maria Memorial Chapel.

To send flowers to the family in memory of Hugo Sorensen, please visit our flower store.