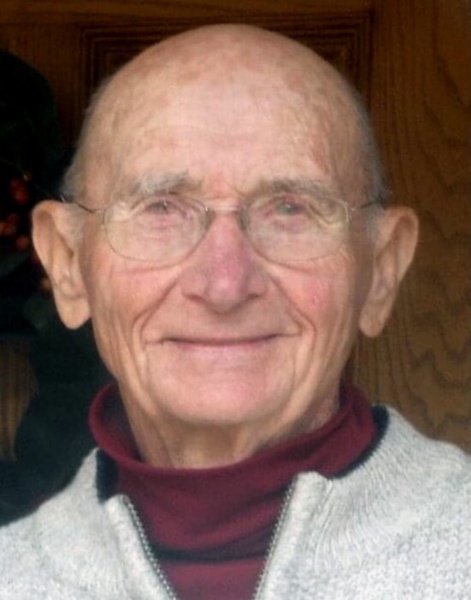 Watsonville resident James “Jim” Livingston passed away in Corralitos on Monday, June 21st at the age of 92. He died peacefully with family by his side.

Jim was born in Spencer, Iowa and grew up in Albert Lea, Minnesota. Later he moved west to Santa Cruz, California as a young man. He earned a Bachelor of Science at San Jose City College in 1963. In 1973 he moved to Rio Del Mar and married his wife Kay. He was a business owner who wholesaled and retailed automobiles; for a time he operated his own retail car lot “JL Motors” in Watsonville. In 1984 he and Kay moved to a 20 acre horse ranch in Aromas, CA, with their later years spent in Corralitos.

Jim was an avid and accomplished golfer, with several known hole-in-ones and continued playing into his late 80s. He also enjoyed swimming, reading and following politics, financial and national news. He was a soft spoken gentleman who cared deeply about America, a loyal husband, doting grandfather, great grandfather, and a friend to all he met. He will be greatly missed by all who knew and loved him.

He is preceded in death by his parents, four brothers and two sisters.

He is survived by his wife of 48 years Kay (Sciocchetti) Livingston of Corralitos; daughter Karyn (Wootton) and husband Stephen Bokariza of Corralitos; son Tod Wootton and wife Wendy (Young) of Scotts Valley; and sister Mary McNeil of Tarpon Springs, Florida.

The Livingston family wishes to express deep appreciation to the staff of De un Amor in Corralitos, Hospice of Santa Cruz and in-home caregiver Karina for their passion and professional care of Jim in his final days.

A private memorial service will be held in Watsonville in July

To send flowers to the family in memory of James Livingston, please visit our flower store.