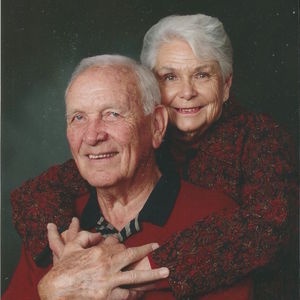 Jean "Grammy" Foote passed away with her family by her side on the morning of August 13, 2016.
She was 80 years old.
Jean was born in Holtville, CA on January 20, 1936. Jean met her husband, Norm, in El Centro, CA and the two were married on January 18, 1958. Later that year they moved to Watsonville, CA, had two children and resided there until their passing.
Jean was an avid swimmer and lover of water sports. Many know Jean as "Grammy" and she was proud to carry that title. Countless have fond memories of Grammy teaching them to swim in her pool, jumping off the diving board or simply enjoying a beautiful day in the backyard. She was an excellent cook and enjoyed teaching the craft, getting several of us started at an early age in the kitchen.
Jean is preceded in death by her loving husband of over 50 years, Norm. She is survived by her two children; Bryan Foote; and Marli Quintero, husband Albert Quintero. Two granddaughters; Megan Moresco-Barros, husband, Nelson Barros; and Emily Youmans, husband Stephen Youmans. And, two great-granddaughters Charlotte and Marli Barros.
The family respectfully requests that any contributions be made to the Gregory Moresco Scholarship Fund at St. Francis High School 2400 East Lake Ave, Watsonville, CA or Hospice of Santa Cruz County.
A private service will be held in her honor.

To send flowers to the family in memory of Jean Foote, please visit our flower store.