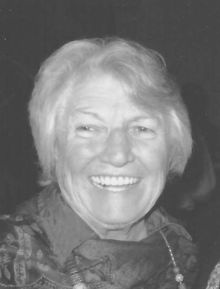 Jennie Donatini age 81 passed away peacefully at her home in Aptos on January 9, 2015 surrounded by her four daughters. Born in San Francisco to Italian immigrants, Anselmo and Richetta Azzaro, Jennie moved to Santa Cruz with her family at the age of 13. She attended Santa Cruz High School and graduated in 1951. At the age of 17 she met the love of her life, Peter Donatini, an Italian immigrant. They married in 1953. For thirteen years she enjoyed being a housewife and raising their four daughters. She and Pete had an active and busy life; they were involved in the Marconi Club, Italian Catholic Federation, and St. Joseph's Church.
In 1966 Jennie was widowed when her husband was killed in an auto accident. After that she filled her time focusing on her most important role, mother. She raised her four daughters alone, becoming involved in everything. Sports, school, PTA, family trips, she did it all. After her daughters were grown, Jennie ran a Day Care Home where she nurtured and loved many children who stayed in contact with her as they grew up. She enjoyed bowling and loved to travel. One of her favorite places to travel was Hawaii, where she went several times with her daughters, their husbands, and grandchildren. She was a huge Disney fan and traveled to Disneyland frequently. She had an extensive collection of Mickey Mouse memorabilia. Her annual Mickey Mouse Christmas tree never failed to wow family and friends! She loved the San Francisco Giants and cheered them on at games and on TV. Jennie was an amazing cook and often would host several people at a moment's notice. The Donatini household was always open to all. Throughout the years many, many people came to dinner; family, friends, friends of friends, and a stranger or two. When they left they were all family. It was all about the food, the wine, the friends, and the family. Jennie created many Italian family traditions that her children and grandchildren will carry on. She was a true matriarch.
Jennie had seven grandchildren and made each one feel like they were the most special one in the world. She was involved in all aspects of their lives. She lit up when she saw them and they lit up when they saw her. To all of her grandchildren she was known as Nonnie Jennie.
Jennie is survived by her four daughters and their husbands. Cathe Race, her husband John, and their son Jonathan and foster son Gage Munyon. Patty Garrett, her husband Steve, and two daughters Rachel Emswiler and Heather Emswiler. Gina O'Mara, her husband John, and their son Peter. Lisa Morgan, her husband Jon, and their two daughters, Natalie and Stephanie. She was preceded in her death by her parents, her siblings Vera, Babe and her grandson Michael Race (2008). She is also survived by her sister, Bianca Moon of Sonoma.
The family would like to thank her caregivers, Natividad, Miriam, Pacencia, and Bridiga for the love and care they have given her these last ten months. Marie Thompson, Jennie's best friend, has been our angel. Thank you Marie.
Mass will be held on Friday, January 16 at 10:30 AM at Resurrection Church located at 7600 Old Dominion Court in Aptos.
In lieu of flowers please make donation in her name to Grey Bears of Santa Cruz located at 2710 Chanticleer Ave. Santa Cruz, CA 95060.

To send flowers to the family in memory of Jennie Donatini, please visit our flower store.