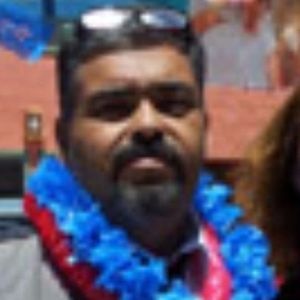 On December 1, 2017 Jesse P. Ramirez peacefully passed away surrounded by his family at Dominican Hospital. He was 49.
Jesse was a man dedicated to his community. He thrived to help children and teens stay away from gangs by building lowrider bikes. In 2012 he won Father of the Year. He was a great, selfless man that will be forever missed.
Jesse is survived by his beloved wife, Christine J. Ramirez and children; Monique, Isaac and Priscilla Ramirez. He is also survived by his siblings; Maria Montes. Javier Ramirez, Ramiro Ramirez and Larry Ramirez and his 2 granddaughters.
He was preceded in death by his parents; Micaela and Francisco Ramirez.
Visitation services will be held on Sunday, December 10, 2017 from 5-9 PM at Ave Maria Memorial Chapel. A service will be held on Monday, December 11, 2017 at Ave Maria Memorial Chapel at 11 AM with a burial to follow at Valley Public Cemetery.

To send flowers to the family in memory of Jesse Ramirez, please visit our flower store.