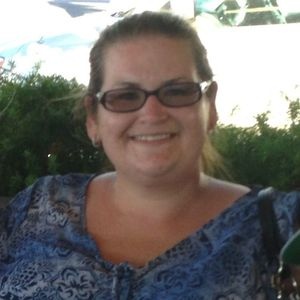 Jessica Barrett-Fox Jacobson was an angel on earth. She was at her home in La Selva Beach when she passed into heaven on May 11, 2015.

Jessica was born in Elgin, Illinois on January 2, 1974 to Uriel Fox; they moved to Santa Cruz when she was six months old. In 1979 Uriel met and married Ron Barrett, who adopted Jessica. Over the next ten years Jessica welcomed the addition of brothers Tyler and Colin. She attended San Lorenzo Valley schools in Felton through her junior year of high school. The family moved to Sandpoint, Idaho where Jessica graduated high school and attended college.

In 1995, Jessica moved back to Felton where she met and married Russell Jacobson. Their son, Ryland, was born in October 1997. Jessica devoted the rest of her life to raising her son with pure love and compassion. He was the light of her life and center of her universe.

Jessica provided daycare for the children of her many friends and family. Her home was full of children, from infants to teenagers, for many years. She had a very special way with children and animals. Jessica fostered abandoned and sick animals, and volunteered time to provide care and companionship to the elderly and people with illness. She understood true unconditional love, and what it means to give selflessly. She would find ways to make someone feel special and loved, like little gifts and surprise decorations, balloons or flowers, and loved seeing their faces light up or just knowing she brightened someone's day She aspired to make the world a better place and do a good deed each day. Her gentle, patient, intuitive, and loving soul touched the lives of many people.

She is survived by her son Ryland Jacobson, husband Russell Jacobson, mother Uriel Fox, father Ron Barrett, brothers Tyler and Colin Barrett-Fox, and aunts Bernadette Fox and Pamela Fox. Jessica was considered as family by many close friends, but particularly Mary and Mark Zimmer and their children Helen, Faith and Markie; Karin and Joe Fiorenza and their children Lexie and Jacob; Amy and Jeff Macdonald and their children Ben and Adam; and, Patty and Gary Brown.

A celebration of Jessica's life will be held at the La Selva Beach Community Center on June 6, 2015 from 1:00 p.m. - 5:00 p.m. In lieu of flowers or gifts, please make donations in her honor to the Santa Cruz SPCA or Santa Cruz Grey Bears.

To send flowers to the family in memory of Jessica Barrett-Fox, please visit our flower store.