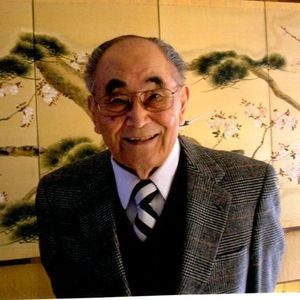 Jim Uyematsu, 92, passed away peacefully at home on June 11, 2015.
Born in Orange, California Jim lived in Watsonville since 1947.
Jim was a lifelong strawberry farmer who started farming with his father, Rempei, and brother, Roy in Southern California. After World War II the family started farming strawberries in Watsonville for Driscoll Strawberry Associations, Inc. Jim farmed until his retirement in the mid-1980s. The Uyematsu family continues in the berry business to this day.
Jim and Mary loved to travel and after his retirement they traveled extensively. Their trips included traveling across the United States in their motor home and numerous trips to Japan, Europe and China. Jim also loved sports of all types and was a big fan of the San Francisco Giants. Even as his vision began to fail, he enjoyed listening to the games on the radio.
Jim is survived by his son, Alan (Gayle) Uyematsu and daughter, Kathy Leslie. Jim is also survived by four grandchildren, Andrea Leslie, Michael (Brooke) Leslie, Matthew Leslie and Kevin Uyematsu; great granddaughter, Juliana Leslie and close friend, Yukimi Inagaki.
He was preceded in death by his wife of 59 years, Mary, in 2007.
Private memorial services will be held at a later date. Memorial donation may be made to the Watsonville Buddhist Temple, 423 Bridge Street, Watsonville, CA 95076, the Watsonville-Santa Cruz JACL, PO Box 163, Watsonville, CA 95077-0163 or your favorite charity.

To send flowers to the family in memory of Jim Uyematsu, please visit our flower store.