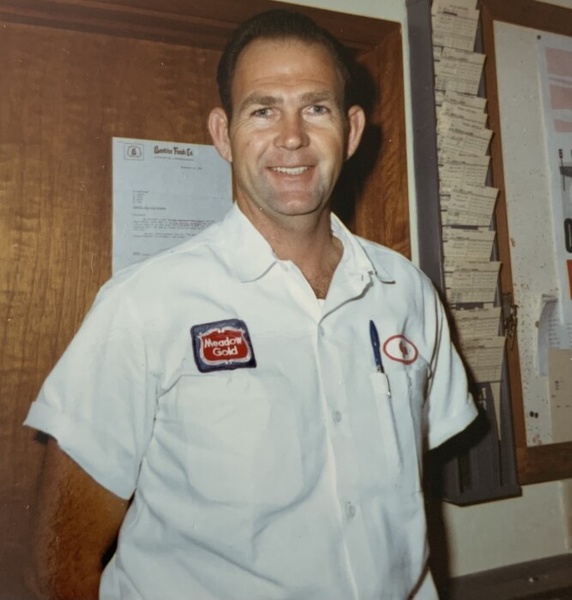 Jim Heim of Watsonville passed away peacefully in his sleep while at home. Jim grew up in San Mateo and worked in the family business with his brothers Fred and Don Heim. After high school he enlisted in the Navy. He was stationed in Hawaii and saw sea time on a Destroyer.

After his service in the Navy, he moved to Watsonville to follow his parents and the family business - Heim’s Cleaners. This is where he met and married the love of his life Ann Spikula in 1955. They had two children: Lynne and Layne.

Jim worked for Meadow Gold Dairies as a route supervisor for almost 30 years until the company left California. During this time he helped start the Meadow Gold Clowns. Jim was the 6’5” clown that would squeeze out of the tiny Milk Truck during their act. This group would perform in all of the local parades during the 1960s and 1970s. Jim and his co-workers did this for many years to help promote the company.

After retiring, Jim and Ann started growing and showing their prize Orchids. They loved spending time together working in their green house and yard. They belonged to several Orchid clubs and were very active in the hobby. You could always find their Orchids entered at local Fairs.

Jim was a dedicated husband, father, and grandfather. He was an excellent Handy-man and loved doing projects around the house. He took pride in teaching his kids how to work with their hands. He was preceded in death by his wife Ann in 2013. Jim is survived by his daughter Lynne Kirkland and her partner Forrest, son Layne Heim and wife Karen, along with two grandsons.

There will be a small, private celebration of life for the family. Dad rest in peace - we love you.

To send flowers to the family in memory of Jimmy Heim, please visit our flower store.