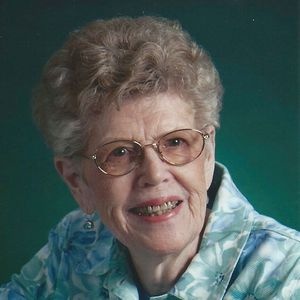 Joan E. Thompson, 83, a native of Corralitos and longtime resident of Watsonville, passed away on Sunday, August 2, 2015 in Walnut Creek, CA, after a short illness. Joan was born in Santa Cruz County on October 9, 1931. She lived in Watsonville until 2005 and resided in Walnut Creek for the last 10 years.

Joan was married to the love of her life, Douglas P. Thompson, on June 6, 1954. They shared almost all of their 46 years of marriage in the home they had built on Rogers Avenue in Watsonville. Joan and Doug had two children, Vickie Walker of Lafayette, CA and Tom Thompson of Aptos, CA. Joan was immensely proud of her five grandchildren: Greg Walker (25), Allie Walker (22), Jeff Thompson (22), Samantha Thompson (19) and Kayla Thompson (15). She was also greatly loved by her son-in-law Tim Walker and her daughter-in-law Angie Thompson.

Joan was preceded in death by her husband Doug (1991), her brother Bill Jensen, and her mother and father Ruth and Albert Jensen, all of Corralitos.

Joan will be remembered and cherished by her family and friends for her loving, caring and friendly ways, and her lovely red hair. She was always proud of her 100% Danish heritage. Joan and Doug spent many very happy years with their friends in the Antique Automobile Club, where they toured throughout the country in a 1911 EMF Touring Car. Joan was always dressed beautifully in her antique clothes and matching hats. An accomplished flower arranger, Joan was well known for years at the Santa Cruz County Fair for her miniature floral arrangements, winning many First Prize and Best in Show awards. Joan was a member of PEO and a long-time volunteer at the Watsonville Community Hospital with her close friend Mary Jensen. Most recently, Joan was a devoted member of Hope Lutheran Church in Walnut Creek.

A memorial gathering to remember Joan will be held at Byron Park Senior Living at 1700 Tice Valley Blvd. in Walnut Creek on Sunday, August 9th at 2 p.m. A Graveside Service will be held on Tuesday, August 11th at 11 a.m. at Pajaro Valley Memorial Park for the family. Donations in honor of Joan's life may be sent to the charity of the donor's choice.

To send flowers to the family in memory of Joan Thompson, please visit our flower store.