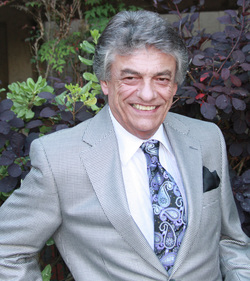 Santa Cruz lost a dear member of the community on Wednesday, February 17, when Joaquin “Mike” Menezes died peacefully at home after a courageous battle with lung cancer.

Born February 26, 1943, in Gustine, CA. to father Joaquin Sr. and mother Mary Menezes, Joaquin was the youngest of 7 children. He moved to Santa Cruz at the age of 5 when his parents purchased a chicken ranch in Live Oak. At a very early age, creativity blossomed in him, first manifesting as a talent for music when he took up the accordion at age 8—later growing into a deep passion for pen and ink drawing, writing children’s stories, styling hair, and photographing nature. In 1960 at Santa Cruz High School, he met Bonnie Stewart, the love of his life, and they were married two years later. He loved and cherished her until her passing in 2009.

Joaquin co-owned Campus Styling, where he worked for 52 years; was an accomplished musician, author, businessman, old west quick-draw competitor, creative photographer, and late-blooming entrepreneur, leaving this life just as his most significant professional accomplishment, Yardarm Technologies, sits poised to make a meaningful impact on the safety and wellbeing of people and communities around the world.

He is preceded in death by his wife Bonnie, his granddaughter Chelsea Rovera, his brother Henry Menezes, sister Rita Dunkle, and half brothers Joe, Harold, Alfred, and Frank Dutra. He will be deeply missed and joyfully remembered by his daughter Charlotte Tourkakis and her husband Tim Tourkakis of Mt. Vernon, Missouri, daughter Charlene Menezes of Martinez, CA., his two grandsons Matthew Gallucci and Ethan Gallucci, their father Scott Gallucci, sister in law Gena Menezes and numerous nieces and nephews, countless friends and clients.

The family asks that in place of flowers, please honor Joaquin by donating to Hospice of Santa Cruz. A memorial will be scheduled for a later, post-pandemic time.

To send flowers to the family in memory of Joaquin "Mike" Menezes, please visit our flower store.