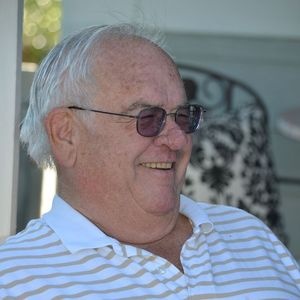 John "Jack" Winslow Corrigan, Jr. died in Watsonville on Thursday, February 5, 2015 after a brief illness. He was 71.

Jack was born on September 22, 1943 in Minneapolis, Minnesota to John and Elizabeth Corrigan. When he was nine, the family relocated to San Mateo, CA where they lived for three years before moving to Cutter Drive in Watsonville. Jack attended Salsipuedes School, where he won the American Legion Award, as well as Watsonville High School. After graduating in 1961, he attended Cabrillo College and San Jose State University.

In 1964, Jack married the love of his life, Barbara Murphy. They lived in Watsonville for several years and had daughter, Julie and son, John. In 1970, the family moved to Lodi, CA where they lived for almost 20 years. While in Lodi, daughter Katie joined the family. In 1988, the family moved back to Watsonville where they have been ever since.
Work was Jack's passion. He followed in his father's footsteps and was a produce salesman for many years. Providing for his family was most important to him and he was always incredibly generous. He was an avid Forty-Niner fan for many years and was a season ticket holder for about 20 years. He enjoyed golf and was an original member the Baldwin Bangers. Jack was the founder of Corrigan's Christmas Trees in Watsonville in 1992, and always looked forward to the Christmas Tree Season and seeing his loyal customers. He loved having all of the family participate in that venture.

The family would like thank the staff at Valley Convalescent Hospital and Hospice of Santa Cruz County for their kind and loving care.
A memorial mass will be held on Friday, February 13th at 11am at St. Patrick's Catholic Church. In lieu of flowers, the family asks that donations be made to Moreland Notre Dame School in Jack's name.

To send flowers to the family in memory of John Corrigan, please visit our flower store.