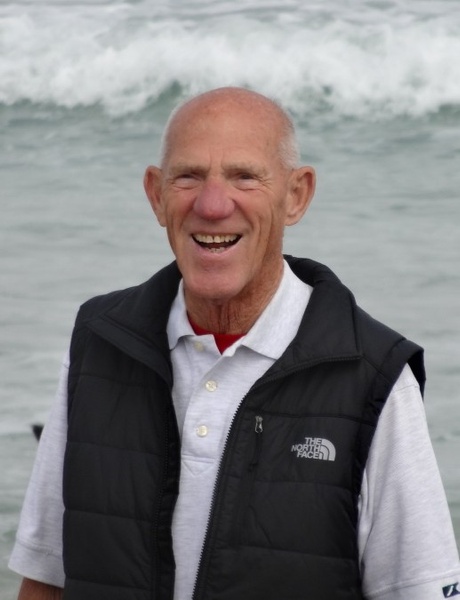 On Friday July 31, 2020 John “Steve” DuFour beloved father, grandfather and great grandfather passed away with his family by his side.

Steve was born and raised in Watsonville.  He married Joan the love of his life, in Rhode Island the day he graduated from Officer Candidate School.  After serving in the Navy they made their home in Watsonville and raised their two daughters.  Steve & Joan took over Central Electric Company, the family business after his father passed away.  They continued the legacy for the next 50 years, passing it along to the 4th & 5th generation.

Some of his proudest moments were starting the PV Packers Pop Warner Football team, The Monterey Bay Chapter of Make A Wish, the Watsonville Flames Girls Basketball traveling team, and his service to The Watsonville Rotary Club.

Steve’s greatest passion was his family and his dogs Bear and Zoie.  His greatest obsession was the San Francisco 49ers.  He followed them from Kezar to Candlestick to Levi Stadium.  He and Joan attended the first five Super Bowls and is still proud of the fact that when he attended the games they never lost.

Steve is survived by his children Patty (Tony) Kulich, Sharon (Mark) Jurach.  His Grandchildren Matt (Teisha) Kulich, Mike (Jennifer) Kulich and Sarah Kulich and his great grandchildren Soleil, Wyatt and Tyler and his loyal dog Zoie.  Steve was proceeded in death by the love of his life Joan and his best friend Bear.

To send flowers to the family in memory of John DuFour, please visit our flower store.