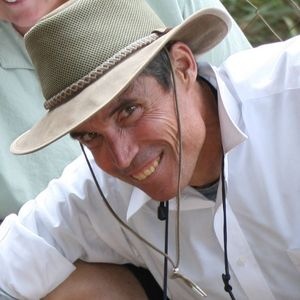 John Robert Fischer has passed away on March 4 at home surrounded by his family after a long and difficult illness. His courage and determination to live his life as long and as full as he could with his beloved family in the face of an almost lifelong fight with death is what very few have the strength or will to do. Under almost insurmountable odds, John proved doctors wrong over and over again for almost 40 years to live a life where he could bring love to those he loved most; his wife Sylvia, and children Kyle and Tessa. They gave him the will to continue to live, provide a beautiful home for them, and support them in all their endeavors even though he was always under constant pain and failing health. Such courage and fortitude is rarely found.

John grew up in San Rafael and Santa Barbara, graduated from Bishop Diego High School and Cal Poly San Luis Obispo with a degree in Engineering. He then worked a few decades as an engineer in Silicon Valley. Always an amazing 'Fix-It' person John opened up his own contracting business, Handyman Connection. Ever an environmentalist, lover of creation and farmer at heart, John's last career was one of teaching sustainable food growing practices.

More than anything John was a scientist. From the time he was a boy he loved studying the natural world. As he grew into adulthood these loves turned him into a self-educated geologist. Extended family vacations always included wonderful exploration trips finding treasures in the ground; field trips into beautiful deserts, up wild canyons, down rocky beaches, and over beautiful mountains. Those journeys into the amazing corners of the world were always the prize. His love of the ocean led him to learn scuba diving, and that was how he met a beautiful lady at a diving shop. He really did use the pick up line "I'll be your dive buddy". Their first date was at the beach scuba diving the very next day. Sylvia soon became his wife and partner in life's adventures. He used his scientific talents by volunteering for years at the Bonfante Botanical Gardens, one year being recognized for putting in the most volunteer hours. He instilled in his family love and respect for all living things. He loved sharing his passion with young and old alike.

An excellent athlete, John played baseball and volleyball all his life, continuing even when his health hardly let him stand. He coached his daughter in volleyball and she and her team mates from Mount Madonna became state champions. He enjoyed following the Giants and Warriors until the very end.

Hiking and camping were also his loves as they enabled him to get out into unspoiled nature. Yosemite was a favorite destination for the family.

John's favorite Jackson Browne song was "If I could be anywhere", which was inspired while Browne was sailing aboard Mission Blue Voyage while brainstorming ways to save the ocean. John spent several days on Jekyll Island studying the plight of the Logger Head Sea Turtles while at their rescue facility. He saw firsthand the danger of plastics in the ocean and the harm it can cause. This confirmed his drive to do everything he could to not leave any footprints while here.

Nothing could keep him down. Over the years his illness disabled him more and more, but he flatly refused to stop and just kept going, no matter how slow, or how pain filled, or how tired he was. He was amazing and we will miss him like hell.


John is preceded in death by his father Richard Fischer and Mother Mary (Hannon) Fischer. He is survived by his wife Sylvia, son Kyle, daughter Tessa, sister Andrea Fischer-Ortiz, niece Rhianna Henderson and nephews Graham and Joseph Fischer-Ortiz. He is a beloved son-in-law to Sylvia's parents Mary and Tony Hamel, and a brother to Sylvia's sisters Mary Jean (Danny) and Lisa (Brad) and brother Tony (Loni) and their families. John was God Father to Danny and Mary Jean's children, Yala and Bennie, and Andrea's children Rhianna, Graham and Joseph. We find peace in the knowledge that he is no longer sick or in pain and is with his Father in heaven. He is missed with my every breath.


There will be a celebration of John's life in June. Please check back with Ave Maria Mortuary web site for details, or send an email to itsallgood.john@gmail.com and we will let friends know the time, date and place of his celebration.

Sympathy notes, stories and words of support may be expressed at Ave Maria Mortuary in Watsonville's web link, or legacy.com. http://www.legacy.com/funeral-homes/california/watsonville/ave-maria-memorial-chapel/fh-20298

In lieu of flowers, the family requests Memorial Donations be made to Jekyll Island Turtle rescue.

To send flowers to the family in memory of John Fischer, please visit our flower store.