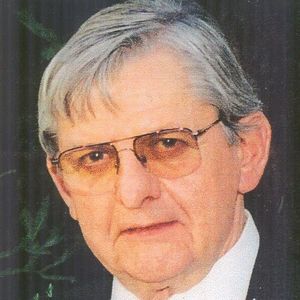 Born August 1927 in Chicago Illinois, passed away peacefully at his home in Watsonville on February 3, 2014.
John graduated from high school and enlisted in the Navy at the age of 17. Upon his honorable discharge he attended the University of Illinois and began his career as an Aerospace Engineer.
John was a genuine, soft spoken man of few words with a brilliant mind. John was commended by the U.S. Navy Department in 1960 for his work on the Polaris Missile. Most of his other accomplishments were "top secret."
He has been an active member of the Watsonville Elks Lodge #1300 for the last 25 years.
John was a devoted husband of Patricia Labno and loving father of John R., Robert and Jeffrey Labno. Grandfather of John Paul, Duaine Labno and brother to his sisters; Nancy Baumann and Eleanor Weibers.
A memorial service will be celebrated Saturday, February 22, 2014 at Ave Maria Memorial Chapel, 609 Main Street., Watsonville at 11:00 A.M.

To send flowers to the family in memory of John Labno, please visit our flower store.