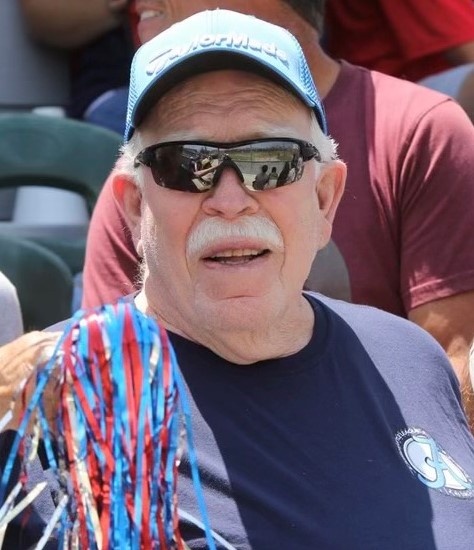 Skip was really defined by four words: family, faith, friends and fight. John “Skip” Mays joined our Lord on October 2. He was born to Albert and Edith Mays on July 22, 1931. Skip grew up in Long Beach where he attended Jordan High School and Long Beach City College. He graduated from UCLA with a degree in music a masters in music from CSULB. And was ABD from USC.
His love for music started early; at age 9 he began as an apprentice accordionist. Playing into his 80’s. While attending UCLA he acted and played music with the USO throughout California. He had been hired as an accordionist for the Lawrence Welk Show when Uncle Sam stepped in and drafted him.
Skip completed his basic training at Ft. Ord and was then stationed in Germany. While there he ran track and completed the decathlon as part of his service to our country.
Upon returning home he began his teaching career in Long Beach. He focused on helping kids love and appreciate music as much as he did. While at Wilson HS he directed musicals such as My Fair Lady, Li’l Abner and Music Man. Skip was also a counselor, football coach, and administrator. And as if that weren’t enough he was also a referee and an umpire.
After retiring he joined the SIRS and the Over 65 Club. He proudly served as Big Sir for a couple of years and continued leading the group in singing God Bless America. He golfed nearly every week with the SIRS working hard at perfecting his game. He shot his best game, 84, weeks before joining the Lord.
His grandkids had become a major focus in his life. He loved attending their school and sporting events. They could always count on Pop coaching from the sidelines. (The umpires appreciated it too, not.)
Skip and Mary Anne were rebaptized to reaffirm their faith in 2008. He faithfully attended services at FBC Watsonville with his family. He thrived on being part of a small group Bible Study and the Men’s Bible Study.
Skip is survived by his wife, Mary Anne, children Kerrie, Kirk and Anne-Marie (Clay). He was a proud grandfather to Cameron and Aidan. He was also survived by his niece Lisa, and his “adopted” family the Navarro’s.
A  Memorial Service will be held at First Baptist Church, located at 101 Madison St. in Watsonville, on Saturday, October 16, 2021 at 11:00 AM.
In lieu of flowers a contribution can be sent to FBC Watsonville.

To send flowers to the family in memory of John "Skip" Mays, please visit our flower store.