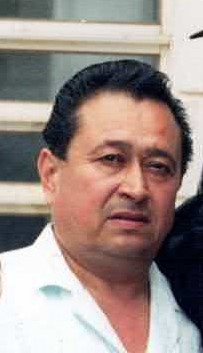 On January 14, Jorge Carbajal Rivas peacefully passed away.  He was 75 years old.

Jorge was born on October 13, 1945 in Sahuayo, Michoacan, Mexico.  He came to California in the early 1960’s settling in Santa Cruz, California.  Here, he bought his first home.  Jorge later expanded his one-bedroom house to a five-bedroom, two story home where he raised his six boys.

He worked at Big Creek Lumber for over 25 years, working alongside his brothers.  He soon taught himself to read English and rose through the ranks and became one of the top lumber inspectors in California.

Jorge has always been admired for his strong moral values and work ethic.  He had a big heart and always helped people who were in need.

He took great pride in his appearance, always dressed sharp and well groomed.

He loved music and loved to dance, especially while he cooked.  He is well remembered throughout the community for his love of cooking and was known to feed everyone. No matter how much he had, he always made enough to share.

Jorge, lovingly known as “Pops”, will always be remembered as an honorable, loyal, respected, all around good man.

Jorge is preceded in death by his three sons, George, Mark and Jimmy; his father, Jesus Rivas and his mother, Josefina de Rivas; along with his sister, Cecelia and his brother, Alejandro.

A visitation service for Mr. Rivas’ family and friends will be held on Tuesday, February 9th from 6:00-9:00pm at Ave Maria Memorial Chapel in Watsonville. A funeral mass will be celebrated at Holy Cross Church in Santa Cruz on Wednesday, February 10th at 10:00AM.

To send flowers to the family in memory of Jorge Carbajal Rivas, please visit our flower store.