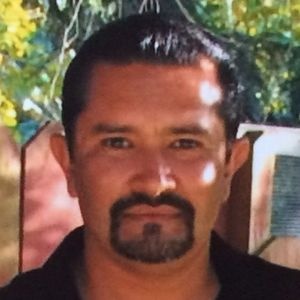 Jose Francisco "Frank" Zepeda, son of Francisco and Luz, brother of Salvador and Gerardo, father of Marissa, Mark, Franky, and Jocelyn, grandfather of Emily and Evan (soon to be born), left this earth to be with our heavenly father on Sunday December the 28th, 2014.
Frank immigrated to the United States at the early age of 3, lived for 2 years in Las Lomas, and has been a resident of Aromas ever since. He graduated from Watsonville in 1985 and has dedicated his life to raising his four wonderful children. He worked at the Central Coast Insectary for 27 years where he and his colleagues were early pioneers in the use of Phytoseiulus persimilis for biological pest control in berry crops. His work in this field helped make their use a widespread practice and has helped dramatically reduce the use of chemicals for pest control in these crops.

Frank fought throughout his life to be the best father, son, brother, and friend that he could be. He gave his greatest effort to the battle that no one can win. For nearly three and a half years he courageously fought stage IV colon cancer, the multiple complications associated with it and he did so up to the last moments of his life. He crossed over into his next life surrounded by his family and friends and will be remembered for his great courage and generosity.

Rosary services will take place at Ave Maria Memorial Chapel on Saturday Jan 3, 2015 from 2 - 9 pm. Rosaries will be prayed every hour from 2:30 pm to 6:30 pm with main rosary to take place at 6:30 pm. Funeral Mass will take place at Valley Catholic Church at 1:00 pm on Thursday, January, 8, 2015 with the burial ceremony to follow at Valley Public Cemetery.

To send flowers to the family in memory of Jose Zepeda, please visit our flower store.