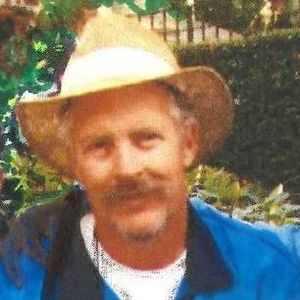 Joseph Ralph Baxter passes away peacefully with loved ones all around on January
22nd 2017.
Joe graduated from Camden High School in San Jose, California in 1962. After high
school Joe worked as a carpenter during the day and as a tow truck driver at night.
He married his high school sweetheart, Sunny Clair Thornagle in 1964. Joe built a
custom home in Boulder Creek in 1975 so that his family could move away from the
city. Sunny and Joe have three wonderful children Joe Jr., Dawn, and Michael. They
grew up in the San Lorenzo Valley and all still reside in Santa Cruz.
Joe often took the Baxter family camping in Oregon and California. His favorite
spots were Fort Bragg, Martin's Beach and Pismo Beach. Joe and family always had
a boat, four wheel drive Bronco, a camper or trailer and adventure in tow.
Joe loved being around his grand kids and making them laugh. He had a passion for
fishing and he fished the entire west coast from Alaska to Baja. He owned the
commercial fishing vessel the "Sunny Sea". Joe enjoyed commercial salmon fishing
for many years with his sons and brother, Jim.
Joe was a firefighter, first with Santa Clara County and then San Jose City , a general
contractor, painter, commercial boat captain and fisherman, dedicated father and
kind husband. He will always be remembered for his caring ways and his ability to
put a smile on your face and make you laugh. Joe worked hard and provided for his
family throughout his life. He will be missed.
Joe was preceded in death by his father, Ralph Baxter, his mother, Addie Baxter,
and brother, Jim Baxter. Joe is survived by his wife Sunny Baxter, and children Joe
Jr. , Dawn and Michael Baxter. Joe has five terrific grandchildren, Daisy, Shane,
Fisher, Grace and Gillian. Joe was also close to his in-laws, Jan and Sharon Thornagle
and Judy Baxter.
Services will be on Sunday Februrary 19th @ 11 am at the clubhouse in Brookvale
Terrace: 300 Plum St. Capitola.