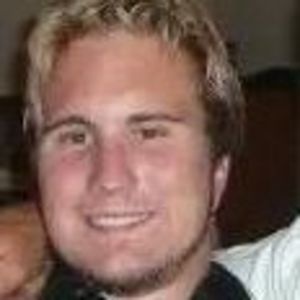 Josh Gluhan, a recent resident of Corralitos, who had lived his entire life in the Watsonville/Aromas area, passed away on Sunday, July 27th.

Josh graduated from Moreland Notre Dame in Watsonville, and Aptos High School. For many years he participated in the State Junior Lifeguard program at Manresa Beach, and played many sports throughout his youth, including Salsipuedes Little League baseball, YMCA basketball, Notre Dame basketball and golf, high school water polo, football, and was a four-year member of the Aptos High varsity wrestling team- undoubtedly one of the most rewarding times of Josh's life. He also served as an assistant wrestling coach for the Aptos Junior High team while he was in high school, and the Aptos High School team following his graduation. Josh attended Sonoma State University and was a proud member of the Tau Kappa Epsilon Fraternity. Many locals will remember Josh from his checkout line at the Watsonville Safeway, where he had been employed for the last six years.

Josh loved to snowboard, wakeboard, ride his dirt bike, play disc golf, backpack in the Sierras, hang out at Sveadal, and do just about anything that involved spending time with family and friends. Another passion of Josh's was the Alternative music scene. He was a coordinator/promoter, and provided sound for many electronic dance music events.

Josh was a compassionate soul who was the first to step up when anyone needed a helping hand. In fact, he was the first-ever recipient of the Aptos High wrestling team's Humanitarian Award, an honor bestowed upon only two other people in the past decade. His friends and family will miss his laughter, his easygoing smile, and his crazy sense of humor.

He is survived by his parents Denise and Ed Gluhan of Aromas, brother Kody of La Selva Beach, grandmother Jeri Hawsey of Watsonville, step-grandparents Merrill and Lynn Zimmershead of Gilroy, and grandfather David Schulte of Hollister. He is also survived by aunts and uncles Cindy and Mitch Gizdich, Chip and Denise Rossi, Chris and Melody Gebhardt, Eric and Megan Valenzuela, Mike, Matt, and Max Zimmershead, many more aunts, uncles, cousins, and best buddy, his dog Baloo. Josh was predeceased by brother Kyle, grandmother Lucretia Gardner, and step-grandfather Bud Hawsey.

To send flowers to the family in memory of Josh Gluhan, please visit our flower store.