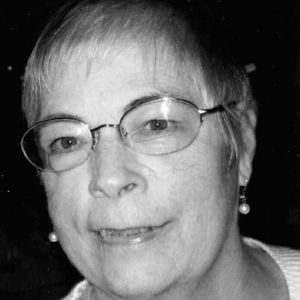 Judith Lynn Paljetak peacefully passed away on May 14, 2015 in Watsonville, CA, she was 76 years old.
Judy was born on February 25, 1939 to Richard and Nola Carpenter in Carmel, CA. She spent her early years growing up in Pacific Grove, CA with her big brother and two sisters. She used to love doing cartwheels on the golf course near their home in Pacific Grove and would often get in trouble for coming home after dark having too much fun. In the early 1950's they moved to Watsonville and in 1956 after her Father passed away, Nola, Ann, Judy and Becky moved to Bronson Street where Judy remained the rest of her life.
After graduating from Watsonville High, Judy dove right into work. She was a hard worker in numerous capacities over the years including working at the Fox theater in downtown Watsonville, a receptionist for Dr Markovitz and Dr Christie, and at the Pajaro Valley Unified School District as a cafeteria employee making lunches for various schools. She also volunteered as a Pink Lady at Watsonville Community Hospital and on the alter guild for All Saints Episcopal Church. Most of all, Judy loved running her own licensed in-home daycare. She always said her biggest and most rewarding job was not only being a mother to her two sons Mark and Matt but to all the kids she took care of and mothered in the 10+ years she ran her daycare. She loved all her children and treated them as if they were her own.
In late September of 1967 Judy caught the eye of a handsome man painting the house next door. After a couple days of waving and smiling, the handsome man with the thick Croatian accent asked her out on a date. They saw each other quite abit over the following 3 weeks, dancing, going to movies and out to eat, etc. Not wasting any time, the man said in his broken english, "Judy, you pretty lady, you marry me or I go back to the Old Country". Mato and Judy ran off to Reno the following week and got married on November 4, 1967. Their love story continued non-stop for the past 47 years. Mato remained by her side, holding her hand through her final days.
Judy's sons Mark and Matthew kept her busy, running around non-stop for different sporting events and practice. She was their biggest fan, never missing an event. They were in soccer, baseball, basketball, judo, tennis and football, most of all she loved the years her boys were swimmers. Judy never traveled much but swim meets had her hauling her sons all over California for events. She loved the thrill of the race and cheering her boys on. She would always come home after a weekend swim meet with a hoarse voice. Judy's life was devoted to her family. She would hit the ground running non-stop early in the morning until late in the evening just so she could be there for everyone.
Judith is survived by her husband Mato Paljetak, son Mark (Sarai), sisters Ann Moore and Brook Fletcher (Dave). She is preceded in death by her father Richard Carpenter, mother Nola Carpenter, brother Richard Carpenter and son Matthew Paljetak.
The Paljetak family would like to send a special thank you to Judy's caretaker and friend Dawn Brown. Thank you so much for taking care of our Mom over the past 9 months. Your care, compassion and stories helped brighten her spirit each day you were there and gave Dad the rest and strength he needed to be by her side to the end.
Visitation will be held at Ave Maria Memorial Chapel 609 Main St, Watsonville on Wednesday May 20, 2015 from 9:00 AM- 12:00 pm with a service held at 11:00 AM. The family will have a private burial service later that day at El Carmelo Cemetery in Pacific Grove.
In lieu of flowers the family asks for contributions in Judy's memory to be made out to the American Diabetes Association at www.diabetes.org/donate .

To send flowers to the family in memory of Judith Paljetak, please visit our flower store.