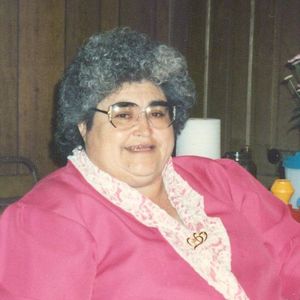 Julia Romero Neri, 73 entered into Eternal Peace on Thursday, January 16, 2014, at the Watsonville Community Hospital.
Julia was born on December 20, 1940, in Arandas, Jalisco, Mexico. She migrated to the United States in 1958 and became a longtime resident of Watsonville, CA.
She was predeceased by her beloved husband of 55 years, Ruben Romero in March 2013; and her devoted son, Ruben Romero, Jr. in 1991.
She leaves her loving memories to be cherished by her loving daughters and sons, Rosa Velasquez of Madera, CA; Esther Romero of Hollister, CA; Robert Romero, from Watsonville, CA and Ramon Romero of Aromas, CA. Also her 13 grandchildren and 3 great grandchildren.
Visitation will be held at the Ave Maria Memorial Chapel, 609 Main St., Watsonville, CA, on Wednesday, January 22, 2014, from 5pm to 9pm, and a Rosary prayer will begin at 7pm.
A mass will be held at Valley Catholic Church, 2401 E Lake Ave., Watsonville, CA, on Thursday, January 23, 2014, at 10am followed by burial.
Donations to the family greatly appreciated.

To send flowers to the family in memory of Julia Neri, please visit our flower store.