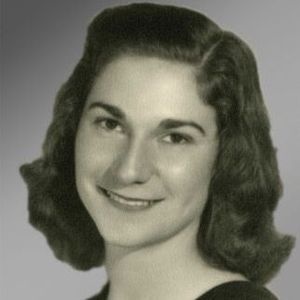 June Celestine Delfino died peacefully in her sleep on Monday, January 5,
2015 in Los Banos, California at the age of 91. She was born on June 4,
1923 in San Francisco, California. She was predeceased by her parents
John and Mary Capurro, brothers Mervin and John (Bud) Capurro, and
husband of 65 years, Louis H. Delfino. She graduated from the Convent of
the Sacred Heart High School in San Francisco in 1941 and San Francisco
College for Women in 1945. June spent her youth residing in both the rural
environment of her parent's Moss Landing farm and living during the school
year at her grandmother's home in the city of San Francisco. After her
marriage in 1946 she lived in Watsonville raising her family and
participating in community and church organizations. June was a skilled
homemaker. Whether it was cooking nutritious meals, sewing intricate
costumes for her children and grandchildren, or growing beautiful camellias
and peonies, June did it well.She also supported her husband's love of
hunting wildlife and cooked many a duck or pheasant. She even prepared
delicious venison. June had many opportunities to travel to many countries
in her later years. She was thrilled to have seen the pyramids in Egypt and
loved the beauty of New Zealand. She also support her husband's love of
hunting wildlife and cooked many a duck or pheasant.She and her
husband, Louis, moved to Gustine, California in 2000. As she grew older
she suffered from macular degeneration which interfered with her love of
reading. But that didn't stop her from enjoying literature and learning. She
listened to books on tape from the California Blind Services until only a few
days before her passing. She will be remembered by all who knew her as
a very generous, kind, and caring person who was keenly interested in the
other person rather than herself. June is survived by her daughter,
Kathleen Nichols (Gary) of Pacific Grove, and her sons David Delfino
(Frances) of Royal Oaks, Louis Delfino (Margaret) of Watsonville,and Peter
Delfino (Teresa) of Rio Del Mar. She leaves six granddaughters, Jannae
Lizza, Amy and Alyssa Nichols, Heather Nichols Beck, Petrise Switzer, and
Maria Delfino and five grandsons David, Dominic, Nicolas, and Peter
Delfino, and Peter Nichols. She also leaves one great granddaughter, Clara
Rose Beck.
Visitation will be held at Ave Maria Memorial Chapel on Wednesday,
January 14, from 6 to 9 p.m. with a Rosary recited at 7 p.m.
A Mass for Christian Burial will be held on Thursday, January 15, at 11:00
a.m. at Our Lady of Refuge Church in Castroville with burial following at the
Castroville Cemetery.
Donations in memory of June may be made to the Moreland Notre Dame
School's Memorial Fund in Watsonville or New Bethany Residential Care
and Skilled Nursing Community in Los Banos.

To send flowers to the family in memory of June Delfino, please visit our flower store.