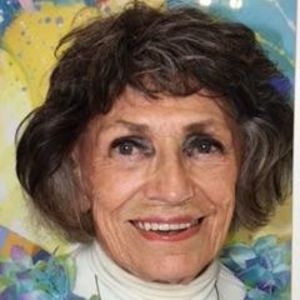 June Bennett Estill Glenn Hoskins d'Estelle, beloved partner of Peter A. Navarro, passed away in Watsonville on April 13 at age 96. June was born on June 20, 1920 in Alameda, CA. She was the daughter of Chester D. and Virginia C. Estill. June is preceded by her sister Lois Marilyn Waikiki in 2001 (Walter d. 2007). Her brother Wayne D. Estill (Beverly) lives in Malibu, CA.
With her late husband< Myron Edwin Glenn (d. 1997) June gave birth to three children: Carole June Glenn of Suquamish, WA; Jeffrey Myron Glenn (d. 2013) and Lauren Farr (Will) of Watsonville, CA.
With former husband Wesley W. Hoskins, June gave birth to Alan Laine Hoskins (Cheryl) of Perth, Australia, and Bryan Lee Hoskins (d. 1960) and assisted in raising of children Mary Elizabeth Hoskins of Talent, OR; Lawrence Wayne Hoskins (Paula) of Reno, NV., Jonathan Marshall Hoskins (Lynne) of Seattle, WA and niece Leinaala Waikiki.
June is survived by grandchildren Lesley Farr Gin (Tom) of Watsonville, Jennifer Farr Fernandez (Tony) of Watsonville, Kristen Wils of Klamath Falls, OR, Allison Wils of Washington, D.C., Bill Hoskins (d. 2015), Wes Hoskins II (Alli) , Anchorage, AK, Zepp Hoskins, Reno, NV and Alandra Hoskins of Richfield, WA. Great-grandchildren include Timothy Gin, Katelyn Gin, Jasmine Vega, Jayna Vega, Briella Fernandez and Chloe Fernandez all of Watsonville.
After the miracle curing of a terminally-cancerous scapula, June's interests turned to the spiritual. She attended Foothill College and received her A.A. degree. She then attended Sonoma State University and received her B.A. and M.A. degrees. Her Ph.D. degree is from Golden State University. She was ordained in the Church of Inner Wisdom and the Me Basrim Eastern Orthodox Fellowship. June's book "The Illuminated Mind: A Step-by-Step guide to Spiritual Discovery" is highly in demand and is available online and in print. She was certified as a Color Analyst by Suzanne Caygill at the Academy of Color in San Francisco.
June founded the Alohem Center for Transformational Studies, an international 501(c)(3) resource center promoting personal consciousness studies. www.alohem.com Through the organization June and her facilitators presented The Illuminated Mind Seminars enriching the lives of thousands of participants. The organization continues today under the direction of June's daughter, Carole.
June loved her family and enjoyed watching the younger children, grandchildren, great grandchildren and nieces and nephews as they grew and developed. She also loved to read and usually had a book nearby, often one by Dick Francis. She served as a librarian at California Polytechnic State University in San Luis Obispo in the mid-1940s.
She was a highly skilled artist who specialized in scenery and in portraits of the Arabian horses the family owned and showed in the 1960s and 1970s.
June loved being in the out of doors. She fondly remembers picking wildflowers in the Clear Lake area where the family lived for many years. She was a staunch advocate for preserving the redwoods. She will be dearly missed.

To send flowers to the family in memory of June d'Estelle, please visit our flower store.