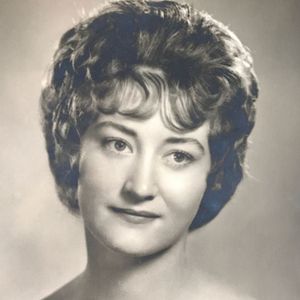 Kathleen McGrath of Watsonville passed away on April 4, 2017 in her home of her mother, Dorothy McGrath. She died peacefully in her sleep at the age of 72 after a long battle with Alzheimer's. Her son Harold and his wife Leticia Rodgers, who had tirelessly cared for her since 2014, were by her side.
Kathleen was born on June 13, 1944 in Oceanside, CA to her parents George and Dorthy (Loveless) McGrath.
She is survived by her Mother Dorothy McGrath, her sons Harold (Leticia) Rodgers and Michael (Heather) Rodgers and her grand-daughters Mandy and Missie Rodgers. She is also survived by her brothers Dan (Ann) McGrath and their daughter Lisa as well as Richard (Patty) McGrath and Richards son Scott.
A private burial will be held by the family.
In lieu of flowers please make donations to the family care of Ave Maria Memorial Chapel, 609 Main St., Watsonville, CA 95076

To send flowers to the family in memory of Kathleen McGrath, please visit our flower store.