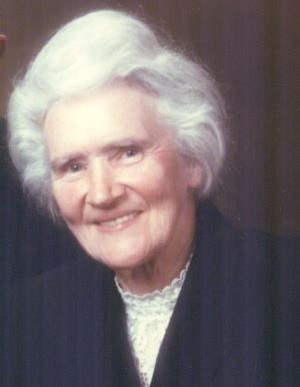 Kathleen Winifred Paddon was born February 19, 1925 in Cambridge, Massachusetts as the third child and only daughter of Irvine and Lillian Weir. She lived in Cambridge before moving to North Weymouth during her High School years. She chose to serve God when she was 12 years of age and remained faithful to her death. She first met Noel during WWII when he had the opportunity of shore leave in the Boston area. He went to visit Irvine Weir in Boston, who in 1909, brought the Gospel to the Blair family in the Valencia District of Aptos. It was on this visit with Irvine that Noel met Irvine’s daughter Kathleen. They began corresponding while Noel was still aboard the Queen Mary where he served as a surgeon’s assistant. This was the start of a relationship and a loving marriage that endured 66 years before Noel’s death in 2014. On April 28, 1948 Noel & Kaye were married at Harry and Ethyl Weir’s home in Albany, California. The newlywed’s made their first home in Aptos, California before moving to the Los Gatos area in the early 1950’s. They then spent a few years in Santa Cruz before building a home on their apple ranch in Aptos along the Valencia Creek. Noel and Kathleen had four children who brought them several grandchildren and great grandchildren. Kathleen was a loving mother and grandmother. Her children remember her bringing lunches to school and eating with them. They remember the sparkle in her eyes when they brought their kids (her grandkids) to visit. She loved nothing better than being with her children and grandchildren, and later it was her great grandchildren that brought joy to her heart in her older years. Her children and grandchildren would say they felt loved and valued. She took a very special interest in the lives of each one. Summer and fall was canning season in the Paddon kitchen starting with apricots and finishing with the finest Newton Pippin applesauce. The Paddon Ranch house and Dairy barn on Valencia School House Road are still owned by the family today. The original orchards were planted by the Hein Company after the redwood forests had been logged in the late 1800’s. Kathleen was preceded in death by her husband Noel, parents Irvine & Lillian, and brother William Weir. She is survived by her brother George Weir of North Abington, daughter Kathie Welch of Aptos (Gary), son Jack (Nancy) of Newcastle, daughter Cheree Corcoran (Bob) of Grants Pass and son Rob (Cindy) of Yorba Linda. She leaves 11 grandchildren, 10 great grandchildren and a multitude of precious friends. Kathleen also had three nieces and three nephews on the East Coast. Services for Kathleen Winifred Paddon will be held in Watsonville at the Ave Maria Memorial Chapel on Thursday November 15, 2018 at 11:00 am followed by Interment at the Pajaro Valley Memorial Park. There will be a visitation Wednesday evening 6:00-7:00 for family and friends.

To send flowers to the family in memory of Kathleen Paddon, please visit our flower store.