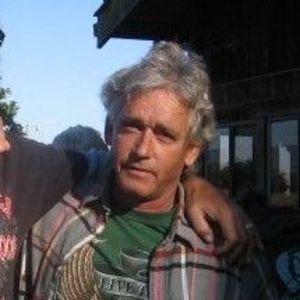 It is with the deepest sorrow that we share the passing of Ken Anderson. Ken was almost 59 years old when he passed from a stroke on September 28, 2016. Born in 1957, Ken spent 30 years developing his business - Central California Pool Covers, where he worked as the owner/operator and built relationships with loyal customers all over the Central Coast and Bay Area. In his younger years, Ken spent much of his time riding bulls, training horses, or on his Harley Davidson. Once Ken had children in his early thirties, they became his life. His focus became primarily on the health, safety, and happiness of Stefka and Jack. Basketball became the family hobby where dinner was often followed by a game of HORSE in their driveway. Most people who knew Ken said what a proud father he was. Ken's children and family will go on remembering him as a kind soul with a love for animals, unique sense of humor, and the best laugh. Ken is survived by his two children - Stefka (28) and Jack (26), his father Jack (81), sisters Laurie (60) and Trenna (55), brothers Bob (54) and Jon (53), and many beloved nieces and nephews. Service will be held on what would have been Ken's 59th birthday - Saturday, October 8 at the Church of Jesus Christ of Latter Day Saints. Service will begin at 11am followed by a reception immediately after. Condolences can be sent to Stefka and Jack Anderson at 269 Maher Road, Watsonville Ca. 95076.

To send flowers to the family in memory of Ken Anderson, please visit our flower store.