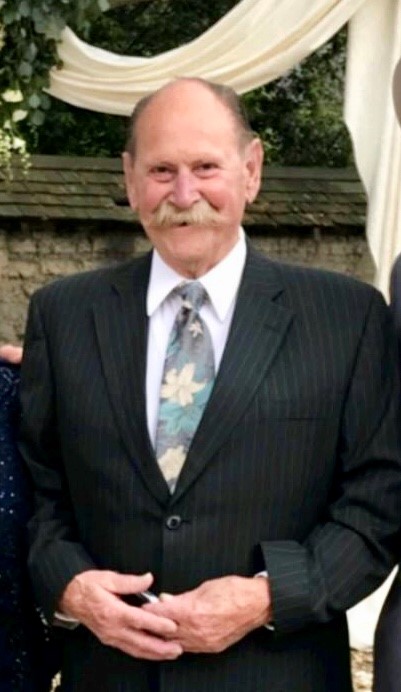 Kenneth Anthony Escobar was a lifelong resident of Watsonville, born on September 9, 1932 to Anthony and Irene. While attending Watsonville High School, he played football and was on the track and field team. Upon graduating from Watsonville High School, class of ‘52, he served in the Navy during the Korean War aboard the USS Hannah and USS Henderson ships. Kenny enjoyed being a lineman for Pac Bell and retired after 29 years.

Kenny was a lover of life, enjoyed operas and plays, and was an avid vegetable gardener and apple farmer. Everyone was always welcome and invited to the Escobar home. He loved to visit with friends and family; was a lifetime member of the Watsonville Elks; frequented the Pajaro Valley Rod and Gun Club, Veterans of Foreign War, The Pajaro Valley Sons in Retirement (SIR), Watsonville Portuguese Halls; and rarely missed his weekly coffee with friends. Never missing a Sunday service, Kenny was a member of both the Twin Lakes and Valley Catholic Churches.

On Thanksgiving Day, Kenny joined his wife, Kathleen, in heaven. He leaves behind Joe (and Stacy) Escobar and their children Drew, Shiry, and Chanel; Kennette (and Robert) Roberts and their children Chad and Lindsey Occhipinti; Kristin (and Chris) Schneck; Elena Wolfenden; John (and Jen) Wolfenden and their children Jake and Luke; seven great grandchildren; and many dear friends.

Family and friends would often hear Kenny say, “All you need is the faith of a mustard seed,” and “A wise man knows how little he knows.”

All who knew him will dearly miss Kenny and his big smile.

In lieu of flowers, donations can be made to the Agricultural History Project, 2601 E Lake Ave, Watsonville, CA 95076.

A Memorial Service will be held in his honor at Monschke Hall at Twin Lakes Church in Aptos, 2701 Cabrillo College Dr., on Thursday, December 5th at 12 noon; followed by a reception at the Santa Cruz County Fairgrounds, 2601 East Lake Ave in Watsonville, in the Heritage Hall, located next to the Historical Rogers House.  All are welcome.