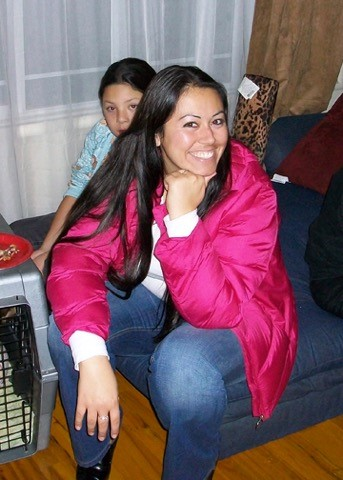 Kristina (Tina) Dias lost her long and courageous battle with cancer and has gone to be with our Lord. Kristina was born in Watsonville California to Pamela and James Dias.  In addition to leaving her parents, she leaves behind siblings Lynnette (Theron) Soto, Jimmie (Alishia) Dias, and Paula (Christopher) Boling.  Tina leaves behind daughters Brianna and Annissa Alamillo, grandson Noah Valdez, nieces Kadence Soto, Jolene Dias, Brook Boling and nephew Devin Soto.

Tina was an avid reader and unknown to many also loved to write.  Even while battling her disease, she continued to write leaving behind a chronical of her thoughts, love and beliefs.

Tina was following in the footsteps of her grandfather and went into banking.  While working for Wells Fargo Bank, she met Ben Alamillo and his daughters Brianna and Annissa with whom she fell in love.  She became more than a mother figure for the girls, she became a mother.  There was nothing that she would not do for them.  Just this past May she became a grandma to Noah Valdez, the true love and joy of her final months.  Noah can bring a smile to anyone, but in particular to Gramma Tina, just as she could with anyone that she met.

Tina loved all of her furry friends as witnessed by the many loving animals that have come and gone before her.

She had a zeal for life with a laugh and smile that was truly contagious and will live with all of us forever.  She lived every day to its’ fullest even during her illness.  Tina enjoyed all kinds of music from the oldies to hip-hop, rap, country and rock.  You could tell where she was in her mind while driving just by hearing her music.

Tina was proud of her heritage, not only being 5th generation in the Pajaro Valley, but also of her Native American bloodlines.  Much of her inner beliefs were based on that pride.

Tina loved to help her family in any way possible.  She spent time caring for her nieces and nephews when needed without question including moving in with her siblings to be there to help.  When a friend called needing help, she was there.

In addition to her immediate family, Tina leaves behind a much larger extended blended family of cousins, aunts and uncles whom she dearly loved and adored.

In memory of Tina, the family asks that donations be made to the Jerry Loyola Foundation, Central Coast Hospice, Stanford University – Cancer Center, The Musella Foundation, the National Brain Tumor Foundation, the Monterey County SPCA or a favorite charity of your choice.