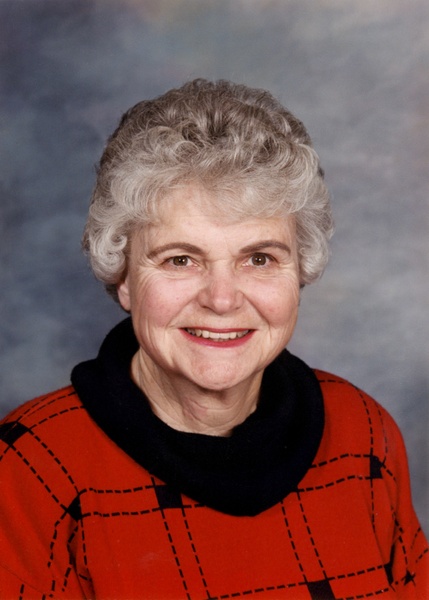 Lavonda Jean Horner passed away peacefully on March 3, 2020 with her family at her side. Jean was born on June 6, 1931 to Sidney and Leona Vanderpool and grew up on the family’s 50-acre ranch in Larkin Valley. She attended elementary school at the two-room Larkin Valley School and graduated from Watsonville High School in 1949. She married Hugh “Ken” Horner in 1953 shortly after his return from serving in the U.S. Army in Korea. In 1958, they moved to their home on Calabasas Road, where she lived until her death. She continued her quiet but busy life serving others after Ken passed away in 1992.

She deeply loved and was loyal to her family. She leaves behind her daughter Kay Filler (husband Les) of Emerald Hills, son Ken Horner (wife Anne) of Watsonville and son Doug Horner of Watsonville. She also leaves behind her grandson Erik Horner (wife Kristen), of Ann Arbor MI, and granddaughter Katie Hogan (husband Brendan), of San Jose, and great grandchildren Mason, Valen and Amelia Horner, and Royce and Arabella Hogan. She enjoyed spending time with her family and was fortunate to make several annual trips to Ann Arbor to visit Erik and his family. Jean also leaves behind her sister with whom she shared a special bond, Diane Kaufer of Oregon, her brother-in-law and sister-in-law Johnny and Joyce Baker of Sunset Beach and many nieces, nephews and cousins.

Jean was a long-time member of the Watsonville First (formerly Freedom Community) United Methodist Church. She also, at various times, was a member of P.E.O. with her aunt Genevieve Flath, YWCA with her stepmother Verna Vanderpool and volunteered at the Watsonville Food Bank with her aunt Alice Craig. Perhaps the strongest testament to her generous service to others was her nearly five decades of assisting teachers daily in the classrooms at Calabasas Elementary School. Recognizing the quiet force of her volunteer work, Anne and Katie nominated Jean for the Jefferson award, and she was chosen as one of the Central Coast’s honorees in 2007. The Jefferson Awards honor ordinary people who are performing extraordinary public service in their local communities. Generations of Calabasas school students remember Mrs. Horner.

Other life-long interests included reading, her garden, and cooking and baking, especially those pies and cookies! Her recipes are family treasures and are still being used by successive generations. She was a skilled homemaker and warm hostess, always making others feel comfortable in any situation. She will be remembered for her kindness, strength, gentleness and devotion to her family and for continually spreading goodness into the world through the charities she supported. Jean preferred to go unrecognized for her quiet contributions to improving the lives of others and would be embarrassed by this tribute.

In the last two years of her life, Jean was assisted by loving caregivers, and her family wishes to express gratitude to Violy and Marie for their devotion to Mom in her transition to a less independent lifestyle. She also had the blessings of support from many others in her later years, including members of Anne’s family and the doctors, nurses and staff at Dominican and Watsonville Community hospitals, particularly Dr. Gonzalez and ICU nurse Laura at Watsonville in her final illness.

At her request, no public services are planned. Any memorial contributions can be directed to causes important to Jean: children, literacy, animals, the Watsonville community, and her church.

To send flowers to the family in memory of Lavonda Horner, please visit our flower store.