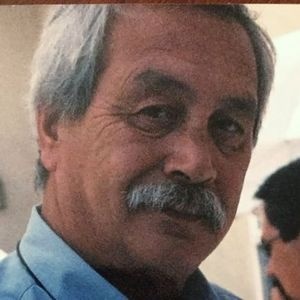 Sonny was born on March 11, 1946 in Salinas, CA to parents, Virginia and Mamerto "Max" Sulay. He passed away at the age of 68, on January 30, 2015 in his Watsonville home with family at his side.
Sonny attended Watsonville High School and enlisted in the U.S. Navy in 1964. He served on the U.S.S. Constellation (CV-64) and was honorably discharged in 1970. He later worked in hardware retail and construction retiring in 2011. Sonny enjoyed NASCAR, his fishing trips to the Sierras, and a good game of backgammon.
Sonny is survived by his son, Jason English and grandsons, Briton, Christian, Kellan, and Talan English of Oregon. He is also survived by sisters, Juanita Wilson (Allen) of San Francisco, Manzanita Garcia (Rick) of Salinas and brothers, Cris Sulay of Oregon, Bert Sulay (Lates) of the Philippines and Mario Sulay (Becky) of Watsonville, as well as many nieces and nephews.
He was preceded in death by his parents Virginia and Max Sulay.
A Celebration of Sonny's Life will take place at 2:00 PM on Saturday, March 14, 2015, at the Sulay Family home on Broadis Street, Watsonville, CA.
In lieu of flowers, the family prefers donations to Hospice of Santa Cruz County.

To send flowers to the family in memory of Mamerto Sulay, please visit our flower store.