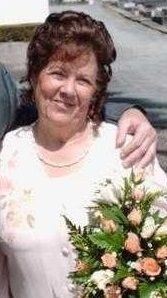 Maria Esther De La Torre Passed away peacefully at home in Watsonville on May 23 after a long and courageous fight with an illness that ultimately ended her life on earth. She was 83.
Maria was born on February 25, 1935 in Mexico to her proud parents Pastor and Maria Inez De La Torre. She endured many hardships, but her courageous spirt, hard work and perseverance against life's obstacles was an everlasting example to her family. She spent a lifetime putting her family first without complaining. The love given and example lived has taught everyone around her the importance of appreciating life's simple pleasures. She always had a smile on her face and no one ever left her house hungry. Her love, gentle spirit, sacrifice and hard work will be missed and not forgotten.
She was survived by her children, Martha, Albert and Jorge; her grandchildren Megan and Michael Gallagher; and other family members, Librada, Enrique, Lucia, Ernesto, Oscar, Jose and many others. She was preceded in death by her siblings, Josefina, Tecla, Pacheta, Juan, Carmen and Zocoro.
A visitation will be held on Sunday, June 3rd at Ave Maria Memorial Chapel in Watsonville from 5:00 - 9:00 PM with a recitation of the Rosary at 7:00. Mass will be celebrated on Monday June 4th at Valley Catholic Church in Watsonville at 10:00 AM with the burial to follow at Valley Public Cemetery in Watsonville directly after.

To send flowers to the family in memory of Maria De La Torre, please visit our flower store.