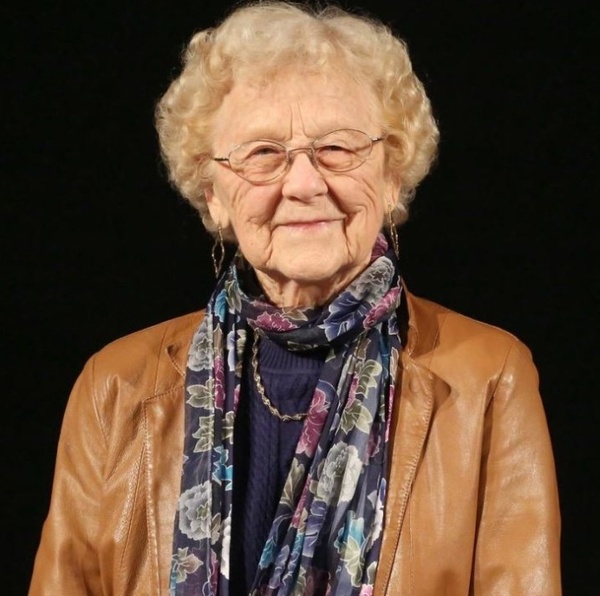 Marie was born on August 15, 1921 in Sugar City, Colorado to her parents Marion and Jesse Barlow. She had a vivacious personality and zest for life. She loved being surrounded by her family and friends. She was an active member of the First Baptist Church in Watsonville. She served many terms as a Deaconess and was also a greeter along with so much more. She was a busy lady always on the go. She was a long-time member of the YMCA. She was a retired book keeper, spending many years working for Manual Lawrence. Some of her favorite activities were water aerobics and spending time with her book club. She was a long-time resident of Watsonville.

She is survived by her husband, Walter W. Love; her children, Don (Mary) Love of Watsonville, Jim (Sally) Love of Chico and June Love of San Jose; her sisters, Normagene Carpenter of Texas and Darlene Lindley of Texas; her sister-in-laws, Jean Evilsizor of Kansas and Betty Barlow of New Mexico; her grandchildren, Deborah Love Jones of Watsonville, Wyatt Love of Colorado, Benjamin Love of Chico, A.J. Love of Idaho, Kimberley Love Jones of Watsonville and Rob Love of Watsonville; and 18 great grandchildren. She was preceded in death by her brothers, Thomas Barlow, Carl Barlow, Richard Barlow and Lee Barlow.

In lieu of flowers donations can be made in the name of Marie Love to the First Baptist Church in Watsonville and or Mt Hermon, Po Box 413 Mt. Hermon Ca. 95041.

To send flowers to the family in memory of Marie Love, please visit our flower store.