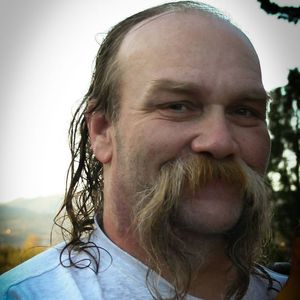 Mark Robert Keith, 52, a lifelong resident of the Pajaro Valley, died peacefully in his sleep Sunday night with his beloved grandson, Adrian, and his faithful dog, Jane, by his side. Mark is survived by his parents, John and Dixie Keith; a son, Jacob Keith (Carrie); two step children, Dominic Stewart and Arika Morgan; two grandchildren, Adrian Morgan and Lillian Keith; and three siblings, Terry Wright (Tom), Gary Keith (Dana), and Lori Grimes (Glenn). Preceding Mark in death were his grandparents, Chester and Almeda Keith, and, Earl and Lorraine Degraffenreid.

Mark attended and graduated from Salsipuedes Elementary School in 1975 and Watsonville High School in 1979. During his childhood he played baseball for Salsipuedes Little League. He loved family camping trips where he dredged for gold in the mountain streams. Mark enjoyed hunting for deer with his father and brother in the Sierra Mountains, and fishing in the local lakes with his sons and grandson.

Mark came from a long line of men who made their living working with their hands. He worked for a time stretching aluminum at the AMETEK Aluminum Plant, packing hod in the construction industry, and driving trucks for Gray Bears. In his spare time he loved to spend time in his garden.

Mark was a former member, with his father and brother, of the Watsonville Elks Lodge.

Often referred to as a gentle giant, Mark, who was over six feet tall, stood tallest when spending time with the little ones that he loved. The children, grandchildren, nieces and nephews in Mark's life were the luckiest beneficiaries of his carefree smiles and deep chuckles. He will be deeply missed by the children who loved him and the faithful dogs who adored him.

Mark's generous heart was felt by all who were lucky enough to call him a friend. Though he was a man of little means he would never hesitate to give anything that he could to a friend in need.

A gathering in celebration of Mark's life will be held at his parent's home on Saturday at 4:00 pm. If you wish to honor Mark in some way, the family asks that donations be made in his name to the ALS Association, Golden West Chapter, a charity that was dear to his heart.

To send flowers to the family in memory of Mark Keith, please visit our flower store.