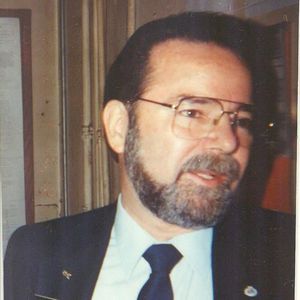 75 years old, has peacefully passed away on September 30, 2013, after struggling years with Dementia.
Born on November 22, 1937, to Lovie (Johnson) Ray and Robert Ray in Bard, Ca. The family moved to Watsonville, CA in 1942. Growing up in Watsonville, he attended elementary and junior high at Corralitos School and attended Watsonville High School, where he held the record for long jump for many years. From 1955-1959, he served in the United States Air Force and was honorably discharged as 2nd Class Airman, (P). In 1960, he went to work for the Southern Pacific Railroad, as a Brakeman in the Watsonville yard. Retiring after 39 years of service in 1999, as a Conductor from the San Jose yard.. He resided in Santa Cruz County until 1994, at which time he moved to Morgan Hill, CA. and resided just prior to his passing.
Marvin was a "Special" man, with Old school ways. He always shook hands, often with the same showing respect. He was known as "ML" and "Hey Dude" by many. Always organized, on schedule and took great pride in his attire, especially his uniform worn for the Southern Pacific Railroad. Before Dementia took over his life, he like going out to eat and loved being the center of attention, laughing, pulling pranks and telling jokes with his family. He enjoyed playing cards with his buddies, going to the casinos, throwing horseshoes, bowled on teams, 18 holes of golf and playing pool. He has many trophies to prove just what a pool shark and horseshoe player he was. He loved most sports with the San Francisco Giants and Forty-niners being his favorites. . He liked wearing his caps, (49's, Giants, etc.). He was a big "Ham" especially when it came to singing and dancing. Singing songs like, "Hey Good Looking" and grab whoever was close and do a little jig. You could always hear him humming and singing while shaving, combing his hair looking in the mirror, or wherever he was at. He loved walking hand in hand with his lady and pick flowers for her. He and Jane's love for each other, reminds you of two young people in love for the first time! So in love, head over heels for one another. She is an Amazing Woman! He and Jane attended, South Valley Community Church regularly in Gilroy, CA.
Marvin was preceded in death by his Parents, First born Brother Robert Ray, First Wife Betty (Jackson) Ray, and Second Wife Sharon (LeRoy) Ray.
He is survived by,
Companion and "Angel" of 8 A½ years, Jane "Mom" Rizzo and their dog Candie.
Two brothers, Harry (Pat) Ray of Modesto, CA, Howard (JoAnn) Ray of Morgan Hill, CA.
Four children, Crystal (Melvin) Martinez, of Prunedale, CA, Tammy Ray of Morgan Hill, CA, Anita (Carol) Sturges of San Jose, CA., Ronnie Ray of Morgan Hill, CA. Grandchildren, Sheila Bartell , Crystal Morrison , Sara Penfold. Great grandchildren, Alissia and Michael Gomez, Jacob Zahniser, Andrew Roberts.
Two Step-children, Patricia (Brian) Rayburn of Fernley, NV, Kelly Immel of Watsonville, CA. Step-Grandchildren, Christopher and Amanda Richardson, Monika and Sarah Bezore, Taylor Immel, Alexis Orozco.
Two Uncles, Sammy Ray of Brawley, CA, Roger Ray of Texas. Nieces and nephews, cousins and various extended family members.
Military Gravesite Services will be held Tuesday, October 8, 2013 @ 2:00 pm. PajaroValley Memorial Park 127 Hecker Pass Rd, Watsonville, CA 95076. Pastor Greg Quirke, Officiating.
The Family would like to request that in lieu of flowers, to please honor and pay tribute to Marvin and his courage and the courage of others affected by this brain disorder, Alzheimer's disease. Make a donation to: Alzheimer's Foundation of America, 322 Eighth Ave., 7th floor, New York, NY 10001. Phone 1(866) AFA-8484.
Arrangements have been entrusted in the care of The Carroll Family of Ave Maria Memorial Chapel in Watsonville.
Contact: Ave Maria Memorial Chapel, 609 Main St, Watsonville, CA 95076 1(831)724-9571

To send flowers to the family in memory of Marvin Ray, please visit our flower store.