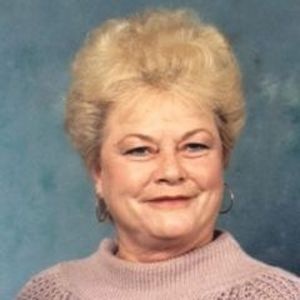 Mary Frances Savage passed away on February 19, 2016 in her home in Watsonville. She was 89 years old.

Mary was born on July 9, 1926 in Florin, California. In 1927 her family moved to the Castroville area where they purchased a small farm. She attended Elkhorn Elementary, a two room school house, then went on to graduate from Salinas High School.

After the war, Mary worked as a telephone operator for 14 years and through her brother was introduced to the love of her life, Paul Savage. The two were married in 1953 and settled in Watsonville. Throughout her life Mary loved traveling, growing orchids, socializing with many friends, especially on Thursday mornings, and spending time with her beloved children and grandchildren.

She is preceded in death by her husband of 57 years, Paul. She is survived by her son Jeffrey S Savage, her daughter and son-in-law Shelly and Grant King, her grandson Tanner King, her granddaughter Lauren King and numerous nieces and nephews.

The family wishes to thank the wonderful staff at Dominican Hospital, the therapists at Pacific Coast Manor, the entire staff at Kindred Healthcare, Hospice of Santa Cruz along with Visiting Angels.

A viewing will be held on Saturday March 5 at Ave Maria Memorial Chapel in Watsonville from 10-12pm, followed by a service at 1:00pm. Internment at Pajaro Valley Memorial Park immediately following.

To send flowers to the family in memory of Mary Savage, please visit our flower store.