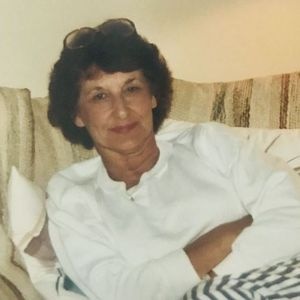 Maryann Pengelly passed away peacefully surrounded by her family on the afternoon of March 12, 2018. She was 85.
She was born in Watsonville, California to Martin and Mary Sglav on August 12, 1932. Maryann attended Moreland Notre Dame Academy and Watsonville High School. She had a variety of jobs in her career which included stints at Valley National Bank and Deluxe Foods in Aptos, yet by far, her most rewarding and challenging career was being the sole provider in raising her three children: Terri, Steven and Johnny. She was a dedicated mother who always put the needs of her children first.
Maryann is survived by her brother Marty (Lola), three children Terri (George Amorin), Steven (Susan), Johnny (Sheri). Four grandchildren: Sarah, Nick (Whitney), Lindsey (Mike Urbani) and Chance; she was blessed with seven great grandchildren: Hunter, Maxx, Harper, Cooper, Presley, Peyton and Dylan.
Her eighty-five years could be summed up with five simple words
"Her children were her life".
Services are scheduled with Ave Maria Memorial Chapel for Thursday, March 29, 2018 at 10:00 AM
Donations can be made to Moreland Notre Dame School, 133 Brennan St., Watsonville, CA 95076 in Maryann's name where a scholarship will be established for single parents who want to provide their children with the values of a Notre Dame education that were important to Maryann and her family.

To send flowers to the family in memory of Maryann Pengelly, please visit our flower store.