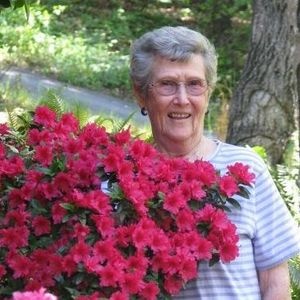 Maryetta Stracener Jackson (nee Boyd) born April 29, 1919 passed on to her heavenly reward March 27, 2014, just shy of her 95th birthday. Born in Winston County, Alabama she moved to Watsonville in 1948 with her husband John and sons Donald and Doyal Stracener. Known by her friends as Mary, she worked for many years in fresh and frozen food processing in Watsonville, retiring and moving to Bay Village in 1985. Mary enjoyed cooking, gardening, fishing, and spending time with her family and friends. After John's death in 1988, Mary reconnected with a long-time family friend, Alvin Jackson of Watsonville, and they married in 1995.

To send flowers to the family in memory of Maryetta Jackson, please visit our flower store.