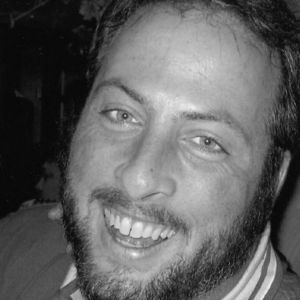 Matthew James Paljetak came into this world as an early surprise the morning of August 10th, 1976 to the proud parents of Mato and Judy Paljetak and his big brother Mark. His journey was cut short on January 7, 2015 when he passed away peacefully at home surrounded by family, the love of his life and his faithful furry companions at the age of 38 after a brief but courageous battle with brain cancer.

Matt was born and raised in Watsonville where he lived his entire life. He loved Santa Cruz County, especially the Pajaro Valley where he attended MacQuiddy Elementary, E.A. Hall, Salesian Sisters and Watsonville High. As a young boy he enjoyed many sports including football, basketball, baseball and soccer. His biggest fans, Mato, Judy, Aunt Becky and cousin Annika, never missed a game. He was especially gifted at swimming where he became one of
the top ranked swimmers in the State of California by the age of 10.

Matt and his brother Mark made sure there was never a boring moment growing up on Bronson Street. Many forts, haunted houses, bike ramps and go-carts were built with his childhood friends. Matt captured most of these shenanigans on video.

Matt loved various forms of art and had a huge appreciation for a wide range of music but was best known for his artistic videography. It all started when he was 7, the first time his Uncle Dick showed up with a cutting edge, high tech VHS video camera. He became obsessed with making home videos which later turned into more elaborate productions. Many family members and friends have been subjects in his short films over the years, whether they liked it or not. He was a founding member of "The Cornholes", a Santa Cruz Public Access TV show which ran for a several seasons. Matt's video production resume in addition to the public access television show included 6 years as video coordinator for the San Jose Sabercats arena football team, Cabrillo College football, Watsonville High football, weddings, celebrations and video production for various churches around Santa Cruz County. Thanks to Matt's passion for videography, he left us a legacy of unforgettable moments.

Throughout his life, Matt was a devout Christian with an ongoing curiosity and respect for other faiths. He was a gentle soul spreading good will and peace to everyone he came in contact with. His spirituality shined through his deep blue eyes, bright smile and strong hugs. People around him always felt safe and at peace in his presence. Matt never understood why all faiths could not get along. Even in his final days, he wished goodwill and understanding amongst everyone. Most of all, be kind to one another.

We would like to thank all the doctors and nurses who attended to Matt over the past 6 months in his fight with brain cancer. Most recently we want to thank the incredible team of nurses and support staff from Hospice of Santa Cruz County. This wonderful organization provided the compassion and guidance our family needed to bring Matt home where he was surrounded by the ones he loved in his final days.

The Paljetak family would like to send a special thank you to Matthew's angel and girlfriend Katie Cavanaugh. She was sent from God to be with Matt during the fight of his life.

Visitation and viewing will be held at Ave Maria Memorial Chapel 609 Main St, Watsonville on Thursday January 15th from 3 to 9pm. Between the hours of 6 and 7pm family and friends will share their favorite Matthew stories. Funeral Services will be held Friday January 16th, 11:00am at All Saints Episcopal Church 437 Rogers St, Watsonville. Immediately following the service, please join the family for food and refreshments at the church parish hall. In lieu of flowers the family asks for contributions in Matt's memory to be made out to Hospice of Santa Cruz County, 940 Disc Dr, Scotts Valley, CA 95066

Remembrances may be left for the family at Matthew's obituary link: http://www.tributes.com/obituary/show/Matthew-James-Paljetak-102067499

To send flowers to the family in memory of Matthew Paljetak, please visit our flower store.