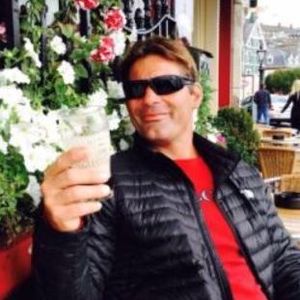 Mike was a California native living most of his life in Santa Cruz County. He had a lifelong passion for sports. He spent most of his younger years as an avid football player, earning several awards, such as Offensive Player of the Year from Aptos High School Varsity Football and All Conference Linebacker for Cabrillo College. All of this eventually lead to earning a full football scholarship to Cal Poly. After his playing years ended, he then spent time on the sidelines as a defensive line coach for Cabrillo College. His appreciation, love, and drive for sports transcended into fatherhood as well, where he dedicated much of his time coaching both
of his sons in football, soccer, baseball, and eventually, surfing. Mike was a simple man who enjoyed nothing more than spending time with his family and friends. His past couple of decades he favored interest in the water, surfing and paddle boarding. As well as spending time cruising along the cliffs of Please Point, where he and his family have spent the past 12 years. Mike will be most remembered for his kindness, big heart, comfort in just being himself, commitment to being "a man of his word," and his desire to live a "cherry life." Something we all hope to achieve. Mike will be greatly missed and never forgotten. He was preceded in death by his parents Michael and Chirstine Bredy. He is survived by his wife Deborah Bredy, and his two sons, Lucas Michael Bredy and Vaughn Gregory Bredy. As well as, his Brother Jeff Bredy and sister-in-law Hristina Bredy and his nephew and niece Michael and Madeline, his brother and
sister-in-law Victor and Shayne Polverino, his aunties Barbara, Diane, Stephanie, and more, his many cousins, and his father and mother-in-law Greg and Debbie Polverino. As well as, his countless recent and lifelong friends. A Funeral mass service will be held on Friday, April 13th at 3:00 at Resurrection Church, 7600 Soquel Dr. Aptos, CA 95003, followed by a reception at 5:30 at the Dream Inn, 175 West Cliff Dr. Santa Cruz, CA 95060. A paddle out honor will be held Saturday, April 14th at 12:00 p.m. at O'Neill's park (dirt farm) off East Cliff Drive and 37th Avenue. In lieu of flowers you may donate to help the family to the Michael Bredy Memorial fund at Santa Cruz County Bank, 819 Bay Avenue, Capitola, CA 95010 (831)464-5300 and/or donations may be made to Pleasure Point Night Fighters to support other local families in need during difficult times. 711 36th Ave. Santa Cruz, CA 95062 (Tax ID - 72-1554876). Mike's family will forever be grateful for the outpouring of unending support given over the years from all of their loved ones, forever know as, their family and friends!!

To send flowers to the family in memory of Michael Bredy, please visit our flower store.