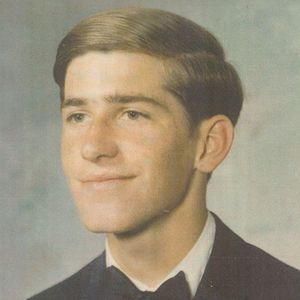 Michael Charles Walker, age 59 perished October 11, 2013
He was an aspiring writer who wrote under the pen name Panther Apollo.
At the age of 15 years he graduated from Watsonville High School where he was active on the student council and was a member of the UN Competence Team. He was active with his family in 4 H. Following graduation from high school he attended Cabrillo College, UCSC and CSUMB.
Michael self-published a photo essay of the Pajaro Dunes seascape and self-published an essay of the San Miguel Mission. At the time of his passing he was writing a religious play.
Survivors include his sisters Cynthia Walker of Watsonville and Gwendolyn Cushman of Rosamond, CA, a brother Johnny H. Walker of Japan, an Uncle Frank Sillano. Also surviving are Polly Loftin and Susan Carter. Michael was preceded in death by his parents Delia and Donald Walker.
The visitation and Rosary will be held Monday, November 25, 2013 from 4:00pm to 9:00pm with a citation of the Rosary at 7:00pm at Ave Maria Memorial Chapel, 609 Main St., Watsonville with a Chapel Blessing to follow on Tuesday, November 26, 2013 at 10:00am at Ave Maria Memorial Chapel. Arrangements have been entrusted to the care of the Carroll Family of Ave Maria Memorial Chapel.
Contributions in his memory may be made to SPCA of Santa Cruz County, Cal Fire or to your favorite charity.

To send flowers to the family in memory of Michael Walker, please visit our flower store.