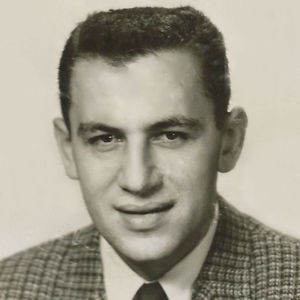 Mike Novie Bulaich passed away suddenly in his Santa Cruz home on December 16, 2016 at the age of 80. Mike was preceded in death by his parents Milan Bulaich and Vukosava (Ilich) Bulaich.
He was born Novica Milan Bulaich on January 7, 1936 in Grahovo, Montenegro. At the age of 3, he migrated with his parents to the United States making their home in Watsonville. In 1957, he became a naturalized American citizen and took the name of Mike Novie Bulaich. After attending local schools and graduating from Watsonville High, he completed a degree at Hartnell College. From 1959 to 1964, he served honorably in the United States Army stationed in Germany and subsequently in the Army Reserve.
In his working years, Novie gained experience and insight while employed for a railroad company, being a real estate agent, running a taxi cab, and finally operating his own business "Bulaich Machinery & Salvage" until retiring in 1993. He had a notable background, living within different national identities, working in practical and professional settings as well as being self-employed. Together with an uncanny perception of things, he often imparted a novel insight on life to those who conversed with him.
In retirement, he strived to live healthy and keep his mind sharp. The Sunday New York Times Crossword Puzzles were a weekly joy for him which were rarely a problem for him to complete. He was a whiz at fixing computers and printers which he often restored and donated to the Grey Bears in Santa Cruz.
Novie is survived by his aunt Anka Bulaich, first cousins Ivan, Ilia, Nikola Bulaich, all of Watsonville; Marta Bulaich of Alamo; Andrija Bulaich (Nancy) of Santa Cruz; Sophie Gluhaich of Gilroy; first cousins-in-law Lucille Deretich of San Jose; Rosemary Bulaich of San Jose; Milka V. Bulaich of Grahovo, Montenegro and Angelka B. Bulaich of Belgrade, Serbia. In addition, he is survived by numerous cousins and friends in California, Canada and Montenegro.
A public visitation will be available on Jan. 10, 2017 from 5-9 pm at Ave Maria Memorial Chapel on 609 Main St., Watsonville.
Funeral services will be held on Jan. 11, 2017 at 10:00 am at Ave Maria Memorial Chapel on 609 Main St., Watsonville with graveyard services to immediately follow at Pajaro Valley Memorial Park at 127 Hecker Pass Rd, Watsonville.
In lieu of flowers, it is suggested that contributions can be made in Novie's name to the "St. Archangel Michael Serbian Orthodox Church Building Fund" (18770 Allendale Avenue, Saratoga, CA 95070) or to the "Grey Bears" (2710 Chanticleer Ave, Santa Cruz, 95065).

To send flowers to the family in memory of Mike Bulaich, please visit our flower store.