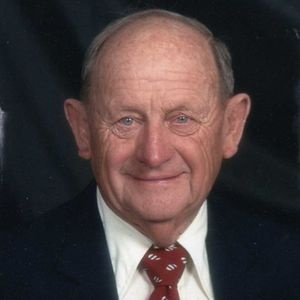 Mr. Haney was born and raised in Coalinga, CA. He joined the Navy on his 18th birthday in 1945 and mustered out as a Fireman 2nd class in August of 1946. He married a hometown girl, Loy Phelps on September 11, 1948. He graduated from Fresno State and moved to Watsonville in September of 1950 to begin his career teaching at Watsonville High School. Mr. Haney taught life science and driver's education at Watsonville High School for 39 years. He also coached football for 20 years, basketball - men's for about 36 years, women's for about 6 years, and golf for 10 years. Norman loved teaching and enjoyed all of the students in his classes. He is well known for his sense of humor and storytelling.
He is the husband of Loy Phelps Haney and they were married for 68 years. He has two children that grew up in Watsonville and attended local schools, Lee Haney and Marilyn (Haney) Elliott. He is survived by 9 grandchildren and 10 great-grandchildren, with one grandchild that preceded him in death.
After retirement in 1989, he worked at Pajaro Valley Golf Course for 10 years. His great love was golf and he spent many hours playing with friends at several courses in the area. He was an active member of the SIRs club and ran the weekly Monday golf tournament for 25 years. He was also a member at Spring Hills Golf Course. He was a member of First Baptist Church of Watsonville for 67 years.
A memorial service will be held on Saturday, January 28, 2017 at 2:00pm at the First Baptist Church of Watsonville located at 101 Madison Ave.
In lieu of flowers, donations in his honor can be made to the Cystic Fibrosis Foundation or the Watsonville High School Foundation.

To send flowers to the family in memory of Norman Haney, please visit our flower store.