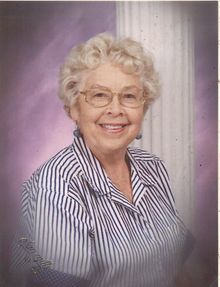 Opal was born in Pittsburgh, Oklahoma but grew up in Somerton, Arizona. She was a hard worker and had many jobs over her lifetime. She worked as a waitress for many years from Las Vegas and Southern California. She also worked at the Resetar, Royal Grill and the Miramar here in Watsonville.
She put herself through Beauty College and became a hairdresser and owned several shops. Her greatest love was always children and she opened her home to several foster children through the Santa Cruz County program. This led her to apply and receive a state license to care for mentally handicapped children. She did this for the last 20 years of her long working career. She was a very loving, caring and nurturing woman.
Retiring in 1986, she became a "snow bird" spending her winters in Yuma, Arizona and the summers in Watsonville, finally returning in 2000 to Watsonville to be close to her son and family.
She leaves behind her son, James Post (Darlene) 3 grandchildren; Jami Post, Frank Post and Donna Marie Whalen. 3 great-grandchildren; Alyssa Whalen, Jon Whalen, Wyatt Post and numerous nieces and nephews.
Services will be held Thursday, November 14, 2013 with a viewing at Ave Maria Memorial Chapel from 11:00am-3:00pm with a church service to follow at the Church of the Nazarene 710 Green Valley Road at 4:00pm. Burial will be private.
The family would like to thank Dr. David Pilcher for his loving care of Opal. Also her wonderful care givers: Judy Stephenson, Susan Fisher, Marinka Willig and Barbara Cardoza.

To send flowers to the family in memory of Opal Wadkins, please visit our flower store.