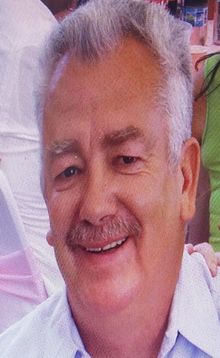 Pedro Alejandro Senties Chavez died unexpectedly on Friday, Feb. 9, 2018 in Watsonville. He was 65.
Mr. Senties was a native of Mexico who had been a resident of Royal Oaks for the last 20 years. He enjoyed spending time with his children, his siblings and his granddaughters. He would play hide and go seek and jump rope with his granddaughters. He also took them out for cheeseburgers. He would help them with their homework and school projects and give them advice. He would refer to them as his queens. He was so proud of his children and relished in watching them become accomplished adults. He was a very kind man who would buy things to donate to those who were in need. He was a great conversationalist with all.
Mr. Senties is survived by his wife, Maria Adriana Hernandez de Senties of Mexico City; his children, David Alejandro Senties of Mexico and Hermes Senties of Royal Oaks; and two granddaughters.
Services will be held on Sunday, Feb. 18 at Ave Maria Memorial Chapel in Watsonville from 5-9 p.m. with a recital of the Holy Rosary at 6 p.m.