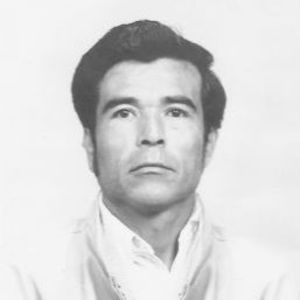 Ramiro was born November 24, 1939 in San Pedro Tesistan, Jalisco. He married Antonia Fuentes on December 20, 1963 with whom he had six children. Ramiro had five siblings, Elena Fuentes, Jesus Fuentes, Margarita Fuentes, Rosa Fuentes, and Gonzalo Fuentes. He was the son of Manuel Fuentes and Guadalupe Toro.

Ramiro worked driving Tour Buses in various cities of Mexico. He came to the United States in 1973 with his wife and children to start a new life. He was a raspberry and strawberry sharecropper for many years. His past time was playing in the casinos with his wife and enjoyed watching his favorite soccer team las Chivas of Guadalajara.

Visitation services will be held on Tuesday, December 2, 2014 from 5:00 PM until 9:00 PM with a recitation of the Rosary at 7:00 PM at Ave Maria Memorial Chapel, 609 Main Street, Watsonville. Mass will be celebrated on Wednesday, December 3, 2014 at 10:00 AM at Valley Catholic Church with burial to follow at Valley Public Cemetery.

To send flowers to the family in memory of Ramiro Fuentes, please visit our flower store.