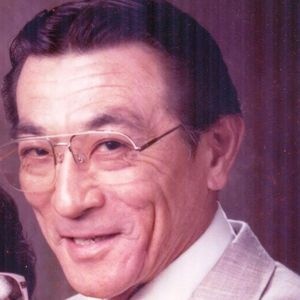 During World War II, Richard and his family were interned in Heart Mountain, Wyoming.
He was a veteran of the Korean War. Richard lived in the San Jose area before coming to
Watsonville where he worked a Carriage House for 40 years

Richard also is survived by Nieces and Nephews, Grandchildren and Great-Grandchildren.
Also, his beloved dogs Sydney and Trixie.

Before becoming ill, Richard loved playing golf and had a "green thumb" raising orchids.
He was a member of the San Jose Buddhist Church and the Watsonville/JACL.
Special thanks to Dr. Frank Ravago and Wally Greathouse of Good Life Home Care.

In lieu of flowers memorial donations may be made to:
Watsonville-Santa Cruz JACL Senior Center
P.O. Box 163
Watsonville, CA 95077

To send flowers to the family in memory of Richard Ishibashi, please visit our flower store.