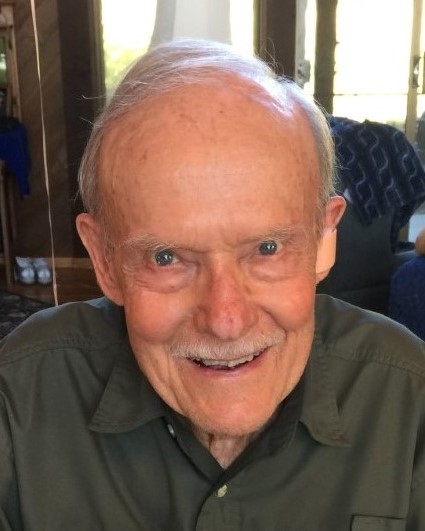 Dr. Richard Muir passed away on Sunday, May 29, 2022, surrounded by his loving family.

Richard was born in Seattle Washington. He attended the University of Washington after high school before moving to Northern California 65 years ago.

Before moving to California Richard spent time in the Navy as an orthodontist in Okinawa, Japan where his son was born.

Richard was a practicing orthodontist in Santa Cruz for over 40 years and was a resident of Watsonville for the last 30 years.

Richard was involved with numerous civic organizations. He was involved with the Rotary Club of Santa Cruz for over 60 years and had been the longest active member. He was a board member of Teen Challenge of Monterey Bay and was a long-standing volunteer usher at Twin Lakes Church in Santa Cruz.

Richard enjoyed a lifetime of adventure including vacationing with his family every summer at his lake cabin in Northern British Columbia.

Richard is survived by his wife of over 70 years, Margaret Muir, his son, his daughter and his other daughter who is deceased, one grandson, one granddaughter, his daughter-in-law and two sons-in-law.

To send flowers to the family in memory of Richard Muir, please visit our flower store.