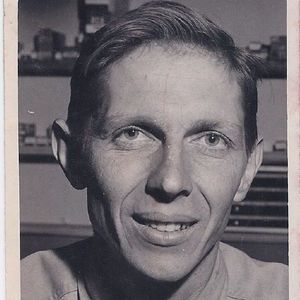 Richard J. Petznick, 85, beloved husband, father, grandfather and friend passed away peacefully on January 13, 2016. A lifelong local resident, Richard grew up in Freedom attending Freedom School, Watsonville High, Hartnell and Cabrillo Colleges. He continued his education throughout his lifetime with a childlike fascination and insatiable curiosity for how something worked or how to improve a process. He was a mentor and friend to many.
Richards greatest passion other than family was aviation. He earned his private pilot's license in 1954 and held it most of his adult life. One of Watsonville's original "Airport Bums" he and his fellow pilots had more than a few (mis) adventures. As children one of our favorite memories was to fly in and land on one of the local beaches in his PA 12 Supercruiser for a day in the sun, go clamming or to explore the tide pools at Ano Nuevo when he was taking Marine Biology classes at Cabrilllo. He was a member of the Alibi Flying Club and was honored to be a member of the Quiet Birdmen (QB's)
Richard was a creative artist and pursued many interests including painting, photography and blacksmithing. His blacksmithing works, heavy as they may be, will be cherished by his family. Richard also taught electronics to 4-H children, was a judge for local science fairs and enjoyed Toastmasters.
Richard started his career as a radio repairman then moved to television repair for Ford's Department Store. In 1965, he found a home at Spectra-Mat Inc. manufacturing products used in the microwave tube industry and for high temperature aerospace applications. He was thrilled knowing that his fingerprints had landed on the moon. He retired in 2000 from Spectra-Mat after a 35 year career as Research and Development Engineer. His ingenuity and continued contributions to the company were recognized in July 2007 by the naming of their new lab building in his honor.
Richard is survived by his wife JoAnn and his children Kathleen Perry, Kenneth Petznick, and Kari Petznick along with step children, Judy Cole and Randy Reaves. He also leaves behind numerous grandchildren, great-grandchildren, nephews and nieces as well as sisters Mrytle Hawkins and Gertrude Supplee. He was preceded in death by first wife Fay, his sister Dorothy Bencich, and his parents Fred and Lydia Petznick. A Memorial Service will be held at 11:00 AM on February 19, 2016 at Ave Maria Memorial Chapel, 609 Main St. Watsonville, Ca. Reception following the service. In lieu of flowers, donations may be given towards Parkinson's Research, The Ag History Project or the SPCA.