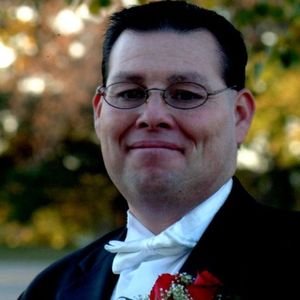 On March 21, 2017 Robert Cervantes passed away unexpectedly in Salinas California. He was 48.
Robert was born on August 3, 1968 in Castroville California.
Robert's life was devoted to his family and their happiness. He loved his cat, drawing beautiful pictures and enjoyed spending quality time with his family and friends.
He was preceded in death by his father, Carlos Cervantes Sr.
Robert was survived by his 3 beloved children; Robert Cervantes Jr., Cody Cervantes and Austin Cervantes. He was also survived by his cherished siblings; Lisa Cervantes, Rosanna Torres, Carlos Cervantes Jr. , Neil Cervantes, Luis Escobar Jr., and Michael Escobar all from Castroville, California and his mother, Sharon Hodson.
Visitation services will be held on Sunday, April 2, 2017 from 3:00 to 9:00 PM at Ave Maria Memorial Chapel located at 609 Main St. in Watsonville. On Monday April 3, 2017 there will be a Final Blessing at 11:00 AM at Pajaro Valley Memorial Park located at 127 Hecker Pass Rd. at 11:00 AM.

To send flowers to the family in memory of Robert Cervantes, please visit our flower store.