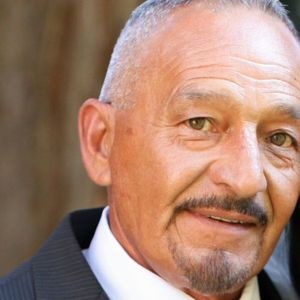 On Saturday, June 13, 2015 Robert Chavarria peacefully passed away surrounded by his family in Salinas, CA. He was 62.
Robert was born on September 26, 1952 in Harlingen, Texas.
Robert was a very hard-working man with many wonderful traits. In his free time he loved to fish, garden, work on cars, BBQ and enjoyed the outdoors. Prior to his 11 year career at Granite Rock, he was a Produce Journeyman for 40 years. Robert was also a very active member at Harvest Community Church. He graduated from Watsonville High School and coached baseball for many years.
Robert was preceded in death by his mother Pilar Chavarria.
He is survived by his wife of 21 years, Gloria Valdez Chavarria and children; Robert Jr., Frank, Gabriella Chavarria, and Frances (Daniel) Santiago. Robert is also lovingly remembered by his 15 grandchildren, 1 God Child, father Maximiliano, his sisters; Aurora, Nellie, Irma, Dora (Sammy), his brothers; Johnny, Richard, Max (Maria), Danny (Martha) and David (Barbara.)

Visitation services will be held on Friday, June 19, 2015 from 10:00 to 1:00 with a service at 1:00 PM at Ave Maria Memorial Chapel, 609 Main Street, Watsonville. A closing ceremony will proceed at Pajaro Valley Memorial Park at 3 PM.

To send flowers to the family in memory of Robert Chavarria, please visit our flower store.